“Rape is Like Being Force-Fed Chocolate Cake” Blogs BNP Official 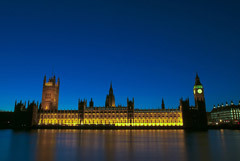 Not only can blogging wage war on your health, but public figures are getting in trouble for their online opinions. The BNP’s Nick Eriksen learnt this the hard way last week, after he was sacked as the party's London Assembly candidate for publishing jaw-droppingly obtuse views on rape on his blog. The post has since been removed, but luckily journalists were quick to spot the following:

"Rape is simply sex (I am talking about 'husband-rape' here)... Women enjoy sex, so rape cannot be such a terrible physical ordeal…To suggest that rape, when conducted without violence, is a serious crime is like suggesting force-feeding a woman chocolate cake is a heinous offence.”

Londonist wants to know how someone with these kinds of views can have possibly gotten as far as Eriksen has in government: up until now, his blog has been either ignored or praised by fellow BNP leaders, including one entry in 2005 describing career women as “unnatural and vile.” Eriksen claimed his commentary sought to “stimulate debate”.

Almost 80% of rapes are “acquaintance rapes,” or sexual acts forced upon women by someone they know. Partner/husband rapes are the most common, and according to a 2000 British Crime Survey, strangers were responsible for a mere 8% of the rape victims surveyed. So no, Eriksen, rape is not exactly, nearly, or approximately anything remotely like eating cake, and whoever the perpetrator is, rape is by definition violent, and is never “simply” sex, whether or not it is instigated by a husband.