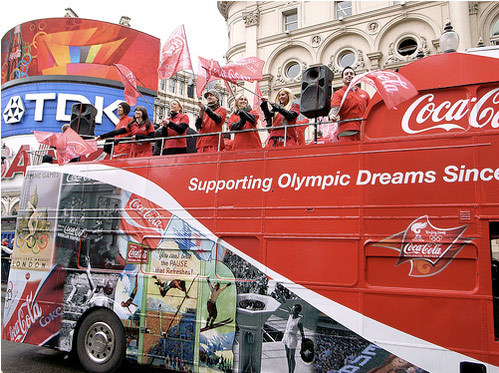 One of the enthusiastic Olympic buses by Orhan.

The Olympic Torch Relay is all over the news this morning for the wrong reasons as far as the organisers and host country are concerned. Was the police presence over egged or was security not tight enough? Were the pro-Tibetan demonstrators treated unfairly and corralled into tight corners when pro-Chinese people were allowed to freely line the streets and wave their flags? Can you separate Olympic values from that of its host country? Did anyone actually see the Olympic flame anyway? And did the Sugababes get all girlie and bottle it at the last minute?

Still, only around 37 arrests over a 31 mile route with no major public disorder issues or injuries, the voice of the pro-Tibet demonstrators was clearly heard and widely publicised and the torch still made it to the O2 on time. And it snowed. An interesting Sunday all round. 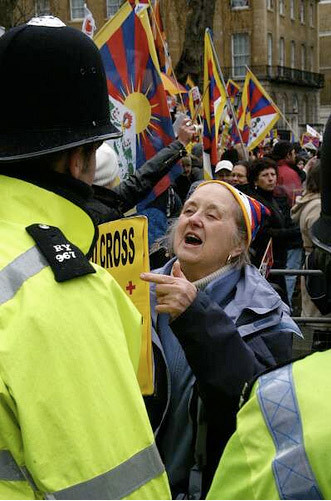 A protestor tells a policeman how it is courtesy of f.stop. 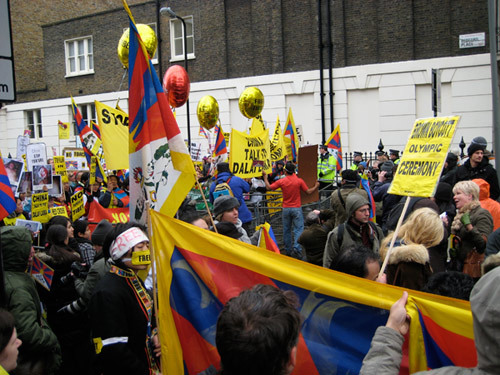 In the midst of the Free Tibet protest by the British Museum where the procession was greeted with boos and chants of "shame, shame, shame" by Lindsey. 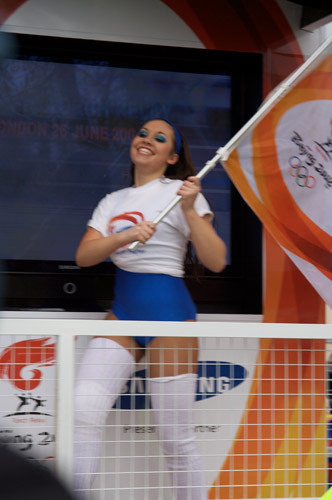