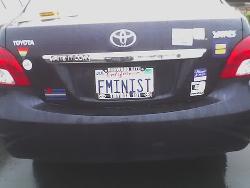 Feminists. They don’t shave their armpits and they bathe in toad spit and the pubic hairs of young boys. Right? Well, you could try asking that question at the European Feminist Summit, but we would advise against it. Part of the London Festival of Europe, the summit, titled The Future of European Feminism will discuss feminism in the 21st century, in the context of Europe, politics, art and media.

With feminist blog The F Word having nabbed a place among the Observer’s 50 Most Influential Blogs last week, feminism is once again being taken seriously, after the darkened years of the ‘80s in which feminists were accused of being humourless, self-important and just plain smelly. Feminism concerns us all, women and men, and the success of The F Word proves that not only is there still a need for feminism, but by engaging with the subject, we learn about our history, our future and ourselves.

If you enjoy a passionate, informed debate, you could do worse than popping in at Hampstead Town Hall on Saturday, or, if you don’t have the time, spend a couple of hours browsing The F Word website. Best of all? You don’t have to bathe in toad spit to listen, learn and contribute.

Entrance to the European Feminist Summit is free, but call ahead to check for availability.