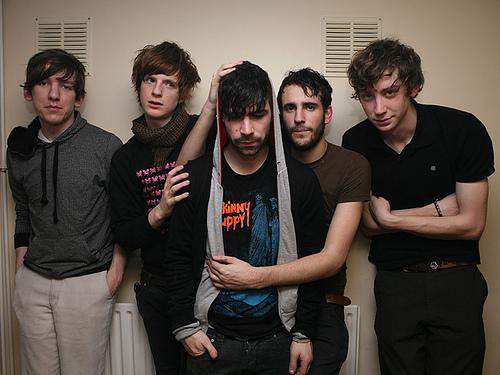 To be honest the rain and coldness is kind of making us not want to go to gigs at the moment, preferring instead to wrap ourselves up warmly at home. But if we did, this is what we'd be bouncing at.

Monday: The biggie tomorrow is of course Led Zep at the O2, but you've more chance of meeting Santa than getting tickets for that. So instead, forget the dinosaurs and try something new and exciting like the spiky Foals who are playing an instore set at Rough Trade East on Brick Lane at 8pm. It's free but in order to get in you need to email instores@roughtrade.com asking to be added to the guestlist. Over in West London, if you didn't win our competition, you can go to see dreamy folk-indie Noah and the Whale at Bush Hall or Spiritualized play the first of two nights up at Union Chapel.

Tuesday: It's all a bit Scandanavian today. Icelandic bandmum make sweet sounds at the Scala while over in the Astoria maniac Finnish metalheads Apocalyptica rock out. Swedish indie kid Jens Lekman supported Josh Rouse on Sunday night but today plays a headline show of his own at The Luminaire in Kilburn. American hipster remixer Girl Talk should be a lot of fun up at Barden's Boudoir (£6, here) and Londonist favourites They Came From The Stars, I Saw Them will be at UCL.

Thursday: Back to the 90s with The Verve at the O2 (£32.50, here and My Life Story at Shepherd's Bush Empire (£15, here. For a London newcomer check out the hotly tipped Sam Issac and his single launch party at Water Rats.

Friday: presents a clash of the indie giants with Bloc Party raving up at Ally Pally, Kaiser Chiefs getting some chanting going over at Earls Court, impressively supported by We Are Scientists (£27.50, here and er, Shed Seven (!) at Shepherd's Bush Empire.