Widdecombe In The Clink 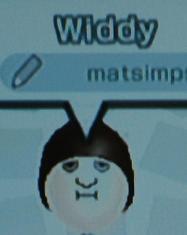 Ann Widdecombe MP was arrested outside the Houses of Parliament yesterday and taken to the Clink Prison where bail was set at £35,000.

The fact that she was already wearing prison uniform when she got nicked hinted at the possibility that this was a charitable stunt rather than a tabloid-topping shocker, fall from grace thriller of a crime story.

Widdecombe was participating in the Jailbreak campaign to raise cash for Guide Dogs for the Blind. She appealed to the public to donate her bail money and get her out of jail - where she has to stay, learning more about what is means to be blind (making sandwiches with her eyes shut), until the target is reached.

However, Ann's Justgiving page shows that only £155 has been raised so far which leaves us wondering how long the Clink is prepared to keep her, especially as the charity says,

It costs £10 a day to breed, train and support the thousands of guide dog partnerships in the UK.... every hour Ann spends behind bars will make a real difference to our work.