Londonomics: Of Malthus And Men

By Londonist Last edited 174 months ago
Londonist Londonomics: Of Malthus And Men 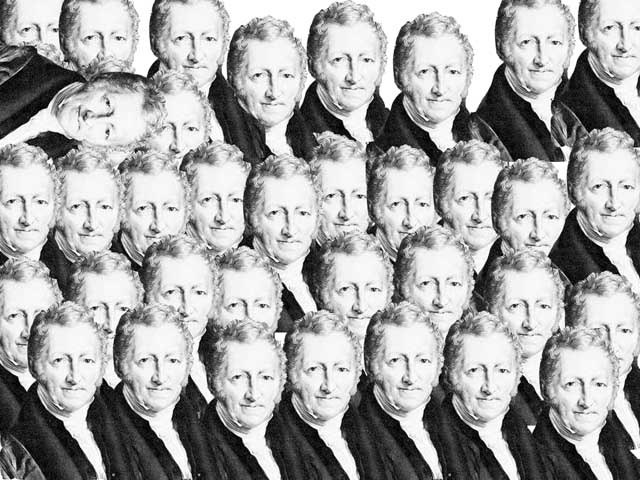 On weekend nights it’s a long wait for a drink in our local. That and all the news lately about how this tiny island might soon be home to millions more people has got us thinking about Thomas Malthus.

Malthus was the chief curmudgeon of the early 19th century, the person responsible for establishing the reputation of economics as the ‘dismal science'. Improvements in agriculture, he predicted, would never keep up with expanding population, and increases in the standard of living would be impossible.

The 200 years since Malthus’ Essay on Population have provided numerous lessons on how seemingly sound logic can be undermined by bad assumptions. He didn't foresee the industrial revolution, the growth of trade, or dozens of other developments.

In this spirit, we should remember that the latest ONS population projections come with a serious health warning. The current wave of immigration - which is most likely the largest in British history - could speed up, grind to a halt, or even reverse.

As a final point, we should note that Malthus’ core thinking has made a comeback of late, particularly in the environmental movement. His central concern was the relationship between population and resource use, and it doesn’t take a dismal scientist to figure out that those two variables are inextricably linked. This city's getting crowded - prepare for longer waits at the bar.

Words by MikeW, image by M@