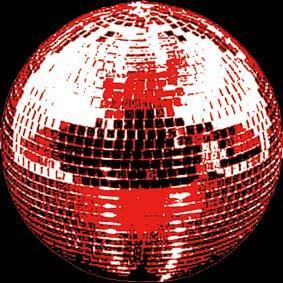 Londonist loves Horse Meat Disco at South Central in Vauxhall. But it's on a Sunday night. So what do you do if you need a bit of disco on a Saturday, well Disco Bloodbath has arrived and it's Hackney based antics are making us pretty excited. Dan Beaumont, Damon Martin and Ben Pistor are the boys behind it

When and why did you set your night up?

Damon:Our night began in April of this year. I guess we set it up for the same reason as a lot of people - because we wanted to put on a party where we got to control the music.

Dan Beaumont: A lot of London clubs playing disco were quite beardy and trainspotterish… we wanted to do something that felt more contemporary, without musical boundaries where all our friends could party and our heroes could DJ.

Damon: I play a variety of stuff including disco, house, techno and soft-rock, not necessarily in that order. In addition to Bloodbath I play at a weekly Sunday night at the Cat & Mutton on Broadway Market,

also in Hackney. By day I'm a mild mannered label manager for a record distributor.

Dan: I play a lot of big-sounding ecstasy disco! I‘m also a sucker for a camp vocal, acid house, dark pop and anything heavy on the cowbell. In real life I run a bar in Shoreditch.

Ben: On the warm up I play lush sleazy disco, I also drop really fat sounding original NY & newer electronic stuff for people to rock out to. I run a website for a clothes shop.

What is it about the music you play that is so special?

Dan: the combination of music you hear at disco bloodbath is totally unique – it’s just not like other clubs in that respect.

Damon: I like music that is unintentionally odd. Not where they're trying to be peculiar for the sake of it, but when it's almost like they were trying to do something fairly normal and poppy but were just too weird to pull it off.

Who's the best performer you've ever had down?

Ben: All our guests have been amazing - every one of them has 'got it' straight away. All of them have created their own individual dancefloors in our venue.

Dan: So far we’ve had Severino, Richard Sen, Frank Tope, Rune Lindbaek, Lee Douglas and Lovefingers – every single one of them has rocked it. But we’re very fussy about who we book!

Have you had any celebs on your dancefloor?

Dan: We get lots of disco celebrities – DJs, promoters, bands, doorwhores, off-duty trannies and people like that. No one from off the telly, though. If we did I’m sure we’d be very discreet about it!

Dan: Weekend in Berlin is amazing – it’s on the entire 12th floor of an office block. When the sun rises it’s incredible.

Tell us one artist who we've probably not heard of that we should check out?

Damon: I'm really enjoying the Italians Do It Better label out of NYC at the moment, in particular Chromatics and Glass Candy.

Ben: Check out Free Blood, they say they're “the fifties idea of what a band does, which is simply to soundtrack the party.”

What other club nights do you like going to in London?

What's your all time floorfiller, and your current favourite track?

Damon: All time favorite is impossible to say - I've tried to just pick one but feel like I would be doing a disservice to those that weren't mentioned. Current favorite is Glass Candy "Miss Broadway".

Dan: My all time favorite is the 12” version of "Always On My Mind" by Pet Shop Boys… disco thunder! In terms of new stuff I can’t keep my hands off Caramellas by Aeroplane. Pianos are so hot right now.

Like the sound of Disco Bloodbath? We do, so we're going to their night this Saturday 1 December in Hackney. Check out their myspace for full venue details, and celebrate, it's only £3 for gawds sake!