Fetch, Boy! No, Not The Trunk!

By Londonist Last edited 160 months ago
Londonist Fetch, Boy! No, Not The Trunk! 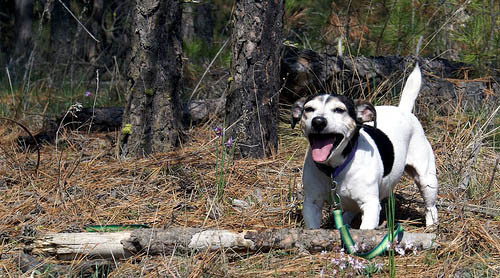 Hackney Council's Parks Services has urged dog owners to stop their pets from 'strengthening their jaws' on park trees. Apparently, some dog owners are too cheap to buy their pets toys to munch on, and encourage them to chew on bark or—get this—hang from the branches of live trees in several of the borough's parks. This has caused severe damage to some 100 trees in the past few years. The Parks Services have been forced to cut down some of them and put cages around others.

Whatever happened to just picking up a stick and throwing it for Fido to fetch? Also, those ads for doggy dental sticks make chewing on wood seem pretty dull in comparison. Think of the dogs! (And the trees.)