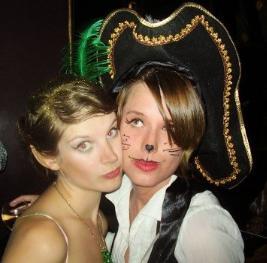 It's not every night you get to hang out with Tinkerbell, Snow White and Red Riding Hood. But then, Rockaberet isn't your usual night out (where would be the fun in that?). We've told you a bit about it before, but we decided that as it's so much fun, we needed to show you what you were missing. And if you weren't at the Fairy Tale Ball on Saturday, you missed a great show.

We're fans of fancy dress at Londonist so the different themes that Rockaberet dishes out each month are always welcome. Everything from beach parties to masked balls can come your way so you're not likely to get bored any time soon. That said, the Fairy Tale Ball was without a doubt the best theme ever. 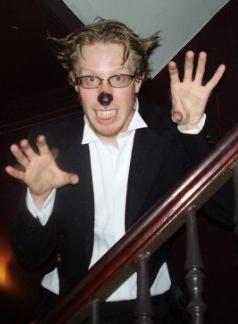 The monthly club night is at the gorgeous Cobden club in West London. We don't usually like private members clubs but it's such a great venue for a night like this. It's so decadent and well designed but it's also small enough to feel really intimate. The drinks aren't exactly cheap but the cocktails are yummy and seemed to do the trick. Puss in boots was pissed on Absynth and there was much drunken sword fighting between Peter Pan and Captain Hook as a result. See, we told you it wasn't your average club night.

The best thing about the night, apart from the great music is the crowd and their fabulous costumes. Everyone is so excited to meet their arch enemy and we saw a few Snow Whites getting scared by our own Snow White witch. Very scary she was too. (But her apples made a healthy mid clubbing snack.) Everyone really makes the effort for this night out and it shows. Especially when you can go to the studio and have your snaps taken like a star. We suggest doing this at the start of the night before you're too tipsy to stand. 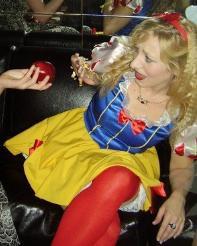 It was fairly quiet that evening, which is rare for a night that has such a regular crowd. But it did mean there was more room for the One O'Clock waltz and for dancing on the stage. Rockabaret is from the same brains that brought you 'Stay Beautiful' so you know they know what they're doing. Every half an hour or so there's a five minute act covering everything from circus acrobatics to burlesque performances. Then after they've finished you can carry on dancing the night away. 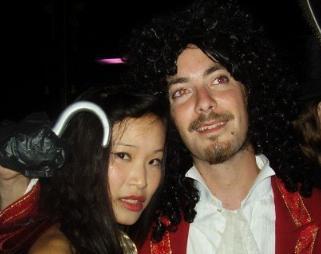 This was particularly noticable the morning after. Tinkerbell's wings were all in disarray, Alice in Wonderland was not pretty anymore and Captain Hook and Smee were looking very worse for wear. It seems that as with Cinderella, while all is beautiful before midnight, Fairy Land isn't a pretty sight in the morning.

Rockabaret is once a month at the Cobden Club which is nearest to Westbourne Park tube station. Go. Otherwise we'll send the big bad wolf after you. And don't forget - the next one is the Halloween night which we predict will be the best this year.