By London_Sian Last edited 178 months ago
London_Sian Do Not Pass Go, Do Not Collect £200 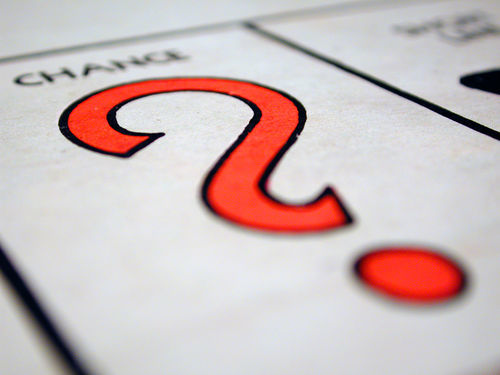 Ahhhhh, Monopoly. With its cute Scotty dog and get out of jail free cards, it's everyone's favourite rainy day game. But why do people have to keep tampering with it?

So far, we've had Star Trek, The Simpson's and a version just for Kent. Not forgetting the really expensive one with the little jewelled houses. Now it seems Monopoly has gone national. And, well it all gets a bit strange after that.

You'll no longer be collecting a paltry £200 each turn, nowadays you need 2million (there's inflation for you). Now being the banker and doing all that adding up be much harder. But having said that, it might be easier to cheat. Not that Londonist ever would of course.

Call us traditionalists, but we were quite happy with how things were before. And yes. We're probably a bit biased too. But it's suddenly all got a bit elitist now. Everyone knows that Old Kent Road and Whitechapel were a bit shit. Now, Leeds and Liverpool take their place on the two brown squares that no one really wants. We wonder how they feel about this. Leeds should have been red at least, we reckon.

What about the big one? The all important 'win-you-the-game-without-fail' Mayfair slot? Well, it's gone to St Albans in Hertfordshire. Do we really need to give those happy 'live in the country in a mansion but work in a great office' commuters something else to be smug about?

It's our fault though. Apparently all of the places on the new board voted to be on it. It turns out that everyone in London was just really really lazy. So we really don't have anything to complain about.

Either way, we've got a board somewhere with crumpled up money, half the houses missing and even a hand made card for winning 2nd prize in a beauty contest. We may only get £200 for passing go, but we're quite happy with that. We might be lazy, but Mayfair will always be purple and we'll always fight over the scotty dog. Some things will never change.