An occasional column on the forces behind the capital’s economy. 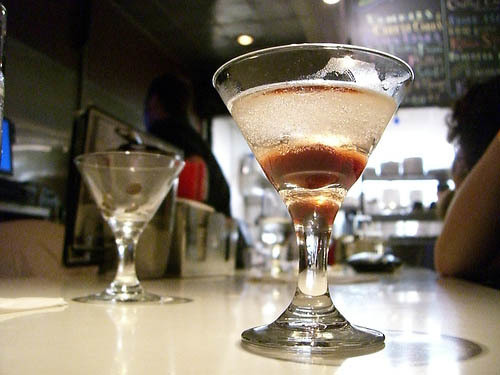 Potemkin, a Russian-themed vodka bar on Clerkenwell Road, has unveiled an intriguing set of five cocktails whose recipes will be tied to stock prices.

It’s not an entirely new idea. We (barely) remember a night at the Dax bar in Hannover, and there’s the near-famous Dow Jones in Barcelona. The twist this time around is that Potemkin will adjust the alcohol content of its drinks according to how well five big Russian companies perform on the London Stock Exchange. 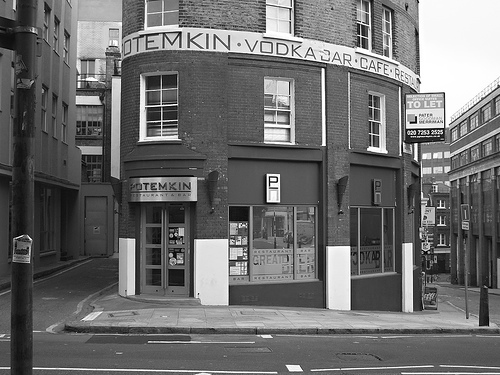 The bar wants to highlight the growing power of Russian business – and get some publicity, of course. But the promo is just a snifter of the huge scale and somewhat obscure nature of London’s foreign-backed economy. We all know how Roman Abramovich spends his money, but who knows what Taftnet does? (It’s an oil company – oh, and now, a cocktail.)

You don’t have to dig far in the London business world to turn up even more exotic propositions. Take, for instance, two members of the FTSE100, the definitive list of the UK’s biggest public companies: Kazakhmys is a Kazakh copper mining company and Carnival, based in Miami, is the world’s largest cruise line. Companies like these are attracted to London for the same reason billionaires are: easygoing tax laws, but also location, access to financial markets, and a cosmopolitan air that’s reflected in the work force.

Not only has globalization changed London’s stock exchange, it’s also transformed our drinking habits. George Orwell once compared the likelihood of finding vodka in London to the chances of turning up a Yorkshire pudding elsewhere in Europe. Who could have guessed that 60 years later, the clear stuff would be more popular than whisky?