By Hazel Last edited 154 months ago
Hazel The Camden Fringe 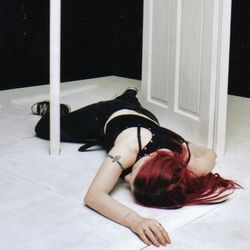 London has undergone a mass exodus. Unnoticeable to some, devastating to others, the actors, directors, stage managers, comedians and dedicated followers of fringe theatre are negotiating their way north to the Edinburgh Fringe Festival, leaving a distinct lack of entertainment down here.

Seeing this as an opportunity rather than a threat, the plucky Etcetera Theatre and Liberties Bar in Camden are hosting London's miniature version of the Scottish theatre revels and are proudly presenting the Camden Fringe, starting Monday 30 July and running until Sunday 26 August.

Matching the frenetic pace of the other festival, the Camden Fringe has organised between four and eight performances and there will be new theatre, new musical theatre, new stand-up and sketch comedy, story-telling, poetry and dance. It's an unbelievably packed programme but looks to be a bit more manageable than the military operation required for attending the festival over the border - particular things that have caught our eye include Broderick Chow : Akira California, a post-apocalyptic comedy about a character called Maddox Jolie lost in Tokyo, 2019, Bugger Me which is a sex-comedy-panel-gameshow and a curious mix of puppets, shadow theatre and pregnancy in Baby Talk.

It's the Edinburgh Fringe Festival in Zone 2; enjoy the elbow room and the lack of overnight travel and double-booked, overpriced, overnight accommodation.

The Camden Fringe at the Etcetera Theatre and Liberties Bar, Monday 30 July to Sunday 26 August. For the full programme and ticket information, go to the festival website here.

Image by The You Factory of the performance The Invitation, part of the Camden Fringe 2007.