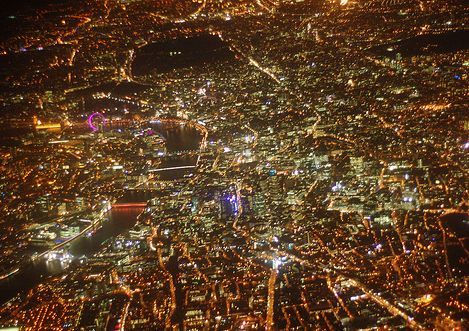 Sometimes it feels a bit like London is our very own playground. This is never more true than when Street Wars comes to town. Grab a water pistol, don a rather cool disguise and let's play!

Allow us to explain. Street Wars is a three week event/game/festival of assassination silliness that you can get involved in too. It's already taken over New York and Paris and it's about to hit London. The concept is actually quite simple. First sign up by August 4th to play, then pick up your 'mark' (from a secret location in the dark - does it get any better?) and then hunt them down and spray them with water. You know only their work place, their name and their home address. Once you've 'killed' them, move onto their target, then the next one and so on. Until you're the last one standing and win lots of lovely cash.

Sounds simple? Well, there are a few rules, like not being able to spray on the tube or in bars so you won't get angry punters shouting at you. And no, you're not allowed to go on holiday for three weeks. But other than that anything goes, really. We suggest using Facebook. A lot.

What's interesting about this is that you have no idea who's trying to squirt you. It could be the person sitting next to you at work, it could be the ex you dumped last month at their best friend's wedding. Paranoia will start to set in. You'll probably start to go crazy by about day two.

And that's where Londonist comes in. So excited are we about this event that we want to follow one of you round London. Talk to us. Tell us what you're up to and we'll report to Londonist readers how things are going because they were too scared to sign up. So email us here and let us get involved! We promise not to do anything to ruin your chances of winning. We'll print a fake name and everything.

After all, being an assassin is lonely work. Even if your weapon of choice is a water pistol.

Photo of your wonderful London playground at night from Vic's flickr photostream.

Street Wars starts on 13th August at midnight and continues to September 3rd, but you have to sign up by 4th August. It costs £25 to enter but you're in with a chance of winning much more. But beware, there's a lot of other info on the website so you've got to want to take this a bit more seriously than we might. We just like great big water fights.