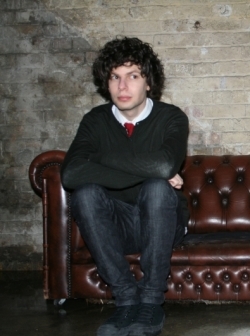 Throughout July, London's comedy scene will be packed with comedians trying out new material to take to the Edinburgh Festival in August. It's the perfect time to see big name comics in small venues, for even smaller prices. Here's a list of shows to see each night for the next six days, with a mix of established acts and up-and-coming sketch troupes.

Friday 6th - When this Londonista saw sketch combo Idiots of Ants a few months ago, he was howling with laughter. Tonight, they mix old and new sketches into their preview show. We can't recommend this show enough; if you like your comedy high-energy, intelligent and silly, you'll do well to pay them a visit. Canal Café Theatre, Delamere Terrace, Little Venice, London, W2 6ND. 7.30pm, £5. Tickets on the door.

Saturday 7th - Mark Watson previews his show, 'Can I Briefly Talk to You About the Point of Life?' in Soho tonight. The Mock the Week star always attracts a big crowd; expect intelligent humour and a great atmosphere. Go on. Expect it. Amused Moose Soho, Moonlighting, 17 Greek St, W1D 4DR. 8.30pm, £10. Tickets on the door, or call 020 7287 3727.

Sunday 8th - Another Londonist favourite, Richard Herring will be trying out new ideas in Mile End for his new show, 'Oh F*ck, I'm 40'. Herring has taken so many shows to Edinburgh, that he once calculated that he's spent over a year of his life at the Fringe festival. With that much experience, this show can't be anything other than fantastic. Space, 269 West Ferry Rd, E14 3RS. 7pm, £6. Tickets on the door.

Tuesday 10th - There's a double-bill of silly and fun shows in Marylebone tonight. To start, Caroline Mabey and Leanne Diggins showcase an open day for Sandy Hole, Bed and Breakfast to the stars. Spend some time "in the company of some of showbiz's biggest and most alarming faces", says Caroline. Afterwards, Caroline will be doing stand-up alongside James Kettle, Holly Walsh, and Londonist favourite Caroline Clifford. Perseverance, 11 Shroton Street, NW1 6UG. 8pm, £5. Tickets on the door.