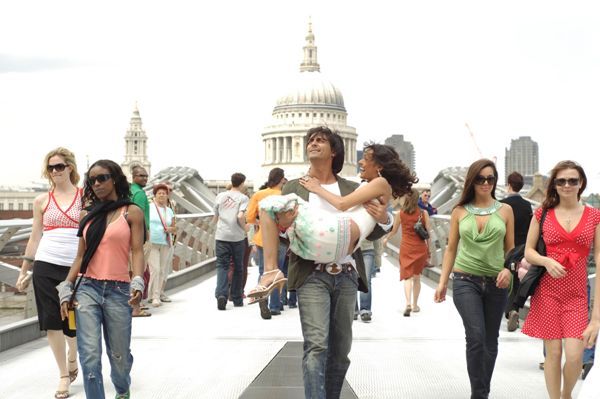 The 2007 Bollywood film awards return to the UK next week, for the first time since they were originally launched here in 2000.

At the glittering ceremony, Oscar-esque trinkets will be handed out for things like the 'Best Villain' ("Boo!") or 'Style Diva of the Year' ("Oooh!"). We're a bit disappointed there isn't something in there for 'Most Swish Light-Bulb-Removing-Style Bhangra Dance Routine', as we've been doggedly perfecting ours on the dancefloor of the rather excellent Club Kali, a monthly gay bollywood night up in Tufnell Park that has been a London clubbing institution since it opened in 1996. Bollywood's popularity is growing fast, not least thanks to the Shilpa Shetty/Big Brother nonsense.

On the back of all this, 'Bollywood Britain' maps have been produced to showcase film locations across the country, in a move to woo Indian visitors. Loads of London locations are highlighted, including Slough shopping centre 'India Queensmere', which should be chuffed at getting its first ever headline in The Times.

You'll have spotted that at Londonist we LOVE maps – so we were delighted to find out that over 40 major Indian productions were filmed in the capital last year, and a map dedicated solely to their locations is available here. Print off a copy, rent the films, wander around the locations and see you on the dancefloor. Wonder if we'll bump into Camilla looking a 'Sari sight'?

Image from "I See You" (2006), courtesy of Eros International - Bollywood media & entertainment company