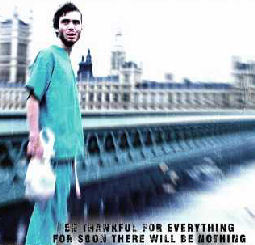 Two of the most famous shopping streets in the UK will be traffic-free for the first time to help Christmas shoppers. Both Oxford Street and Regent Street in London's West End will be free of vehicles on Saturday 2 December.

Ohhhhh that sounds like a good idea. Londonist of course does all its Christmas shopping online, but we'll happily wander the car free streets and pretend the shoppers are all George Romero extras.

Oxford Street will be closed to traffic from Portman Street to Tottenham Court Road, with Regent Street shut between Margaret Street and Piccadilly Circus. Buses will be diverted... Other plans include the redevelopment of Bond Street and Tottenham Court Road Tube stations and converting Marble Arch into a large public space. More ambitious plans include having a tram link running along Oxford Street.