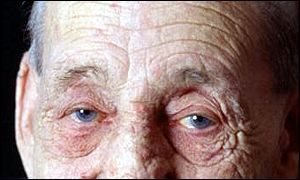 It's been revealed today that living in the capital prematurely ages your skin by three-and-a-half years.

A study has reportedly shown that the effects of pollution, smoking, stress and poor sun-care cause Londoners to go all wrinkly before the rest of the country. And, weirdly, north-east London gets the worst of it. If you live there then could end up looking four years older than you should.

And it gets worse. Londoners also have the most under eye bags in the country: 37 per cent compared to an average of 31 per cent apparently.

We also have the "least laughter lines". But we can't work out if that's a good or a bad thing.