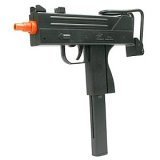 Peckham Academy school and nearby Harris Girls' Academy in East Dulwich are to reopen this morning after threats of 'gang violence' last Friday meant they had to be evacuated.

Escalating trouble between rival gangs in the area (the Ghetto Boys from Lewisham and the Peckham Boys) resulted in the stabbing of 29-year-old Jason Gayle-Bent in New Cross last Sunday.

On Friday afternoon police were told that "one group would be lying in wait to attack their rivals as they left school" and so Peckham Academy and Harris Girls’ Academy were closed an hour early and pupils were evacuated as police officers stood guard.

A few days before armed police had found a Mac-10 sub-machine gun after stopping a car belonging to an alleged member of the 'Ghetto Boys'.

Both schools will reopen today with extra police on duty for the morning school run, although no trouble is expected.

The six youths questioned over the murder of Jason Gayle-Bent have now been released on bail.