Londonist Gets Off Its Arse: Some Bits Of St Pancras (Part 1)

By Dave Haste Last edited 190 months ago
Dave Haste Londonist Gets Off Its Arse: Some Bits Of St Pancras (Part 1) 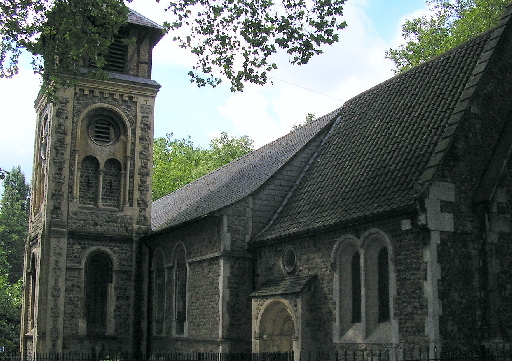 Having spent an enjoyable couple of hours exploring leafy Holland Park last week, our next mission in our continuing quest to find out more about the city we live in was to investigate some parts of the decidedly more urban locale of St Pancras (sans audio-guide this time).

Our first stop was to be St Pancras Old Church, at the top end of Pancras Road. Easier said than done, as it happens – we had decided to take a stroll up from Kings Cross tube station, but had failed to take into account the massive amounts of ongoing disruption in that area. The huge scale of the construction work around there (mainly for the Channel Tunnel Rail Link) has led to a seemingly ever-changing variety of road-closures, pavement diversions and new underground walkways that conspired to channel us in unintended directions. Even a tree-felling operation on the Euston Road managed to get in our way, so we ended up wandering aimlessly around the area like clueless tourists in our own city. Which, we suppose, was kind-of the point of the whole exercise anyway. 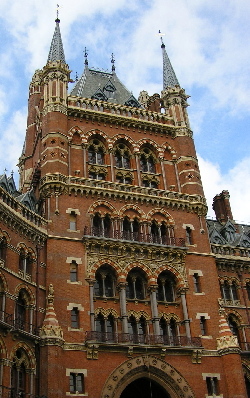 Still, as we made slow and frustrating progress along the Euston Road, we still found time to look up at the ever-impressive gothic edifice of the former Midland Grand Hotel (obstructing the pavement like proper tourists). Even though the building is a familiar landmark, it still never fails to impress us.

We ended up having to take a rather roundabout route from the tube to the church, which involved a little walk through Somers Town – the area between Kings Cross and Euston Stations. To be honest this diversion wasn’t entirely accidental, as a Londonista who shall remain nameless had suggested the area a few days earlier as an interesting place to explore, but we only got to see a fairly small bit, as we were keen to get to the church while the sun was shining. In many ways, Somers Town seems like many other parts of the borough (the London Borough of Camden) – with pleasant (and probably recently gentrified) bits nestling next to more tired areas. But, in abrupt contrast to the rest of the borough, Somers Town was very quiet. Almost eerily so, in fact – walking around the place you would never realise that you were nestled between two of London’s main rail terminuses and just a couple of hundred yards away from the city’s ‘Inner Ring Road’. Odd.

Just as we thought we were getting a bit lost, we turned a corner and there was the church, right in front of us. Believed to have been constructed around AD 314, St Pancras Old Church is one of the oldest, if not the oldest, surviving church in the country (the ‘Old’ in its name is used to distinguish it from the much newer 19th century upstart on the other side of the Euston Road). Unsurprisingly however, most of the church that is visible today is the result of more recent construction, following a long history of probable flooding, abandonment, disrepair, “ruthless” restoration (in the 19th century), bomb-damage (from likely attempts to hit the nearby railway lines during the Second World War) and, sadly, vandalism.

From the outside, the church is quite pretty, but it was only when we ventured inside (encouraged by the sign outside urging us to do so) that we could see how historic the place really is. Despite being adorned with numerous historical and decorative artefacts, many of which have apparently been donated by other sites, the interior is not at all showy. On the contrary – it seems rather quiet and humble. Trying not to seem too nosy (even though nosiness was clearly our only business there), we asked an old gentleman who was polishing some brass ornaments if he minded us taking photos. Not only did he not mind, but he was also happy to relate some of the church’s long history and show us some of the original infrastructure that remained from Norman times and before, such as part of the interior wall and the original altar-stone (pictured). We cannot do justice to the church’s interior merely by describing it, but we did take many pictures. 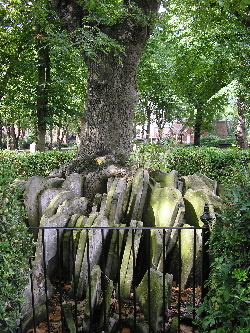 The church’s quiet grounds were very pleasant, and not lacking in a substantial history of their own either. Notably, in the 19th century, part of the churchyard was cleared to make way for railway tracks running north from St Pancras station, involving considerable excavation (or ‘desecration’) of thousands of graves. The understandable outcry at this action led to the appointment of Thomas Hardy (the writer) to oversee the exhumation and relocation of graves. As a part of this duty, a number of disrupted graves’ headstones were placed around an ash tree in the churchyard, which later became known as The Hardy Tree (pictured) as its roots became entwined with the stones.

(As an aside, it seems that a century and a half later history may be repeating itself to an extent, as some of the works for the Channel Tunnel Rail Link project have led to further disruption to the ancient graves in this area. Shamefully, it appears that archaeological and ethical considerations have been forced to give way to expediency, with claims that the construction works have literally bulldozed their way through the area with little regard for the remains that are being displaced.)

There are even more pictures of this beautiful churchyard available at The Way We See It (as featured in our sidebar this week).

After strolling around the grounds for a bit, we braced ourselves, left the little oasis of peace and calm, and made our way to our next destination – a much better-known attraction in the St Pancras locale. More on that tomorrow…