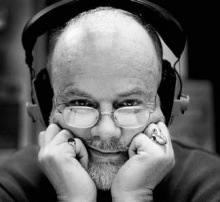 It's almost two years since John Peel left the world's music community in mourning and there's no sign of him being forgotten.

October 12th 2006 marks the second John Peel Day, a day for "music fans, bands, artists and DJs...to stage their own gigs and club nights in honour of Peel".

Last year's, held on the first anniversary of his last Radio 1 show, saw events taking place across the world.

Radio 1 live music and events editor Jason Carter said: "Last year's first John Peel Day was a phenomenal success with over 500 artists and bands and music promoters at every level hosting live events both within the UK and around the world in John Peel's name.

"October the 12th is a day in which we can celebrate the great man, new music and continue his legacy."

There's no question that we lost one of our greatest broadcasters when John Peel passed away and he can never be replaced. This Londonista remembers feeling that radio hadn't done enough to encourage creative broadcasters even while John was alive, giving rise to the fear that programming would take a massive step backwards as soon as he was gone. That may or may not have happened (thank heavens for Lauren Laverne), but it's certainly true that we have other places to look for interesting new music these days.

And you could do worse than to look to internet radio, with Tom Ravenscroft's Channel 4 SlashMusic show.