Who Do They Support?

By London_Nick Last edited 165 months ago
London_Nick Who Do They Support? 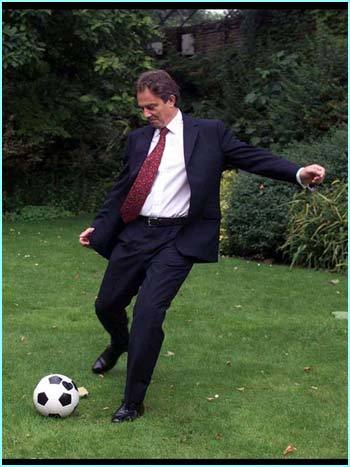 Some Scottish M.P.s are finding a bitter taste in their mouths after pledging their support to England in the imminent World Cup. Widely believed to be the Prime Minister-in-waiting, Gordon Brown is undoubtedly a Scot through and through. Whilst Tony Blair hides his Scottishness well, Brown is proud of his heritage. He is a keen supporter of Raith Rovers FC in his constituency.

But Brown, along with Lib Dem leader Sir Menzies Campbell, have found that their overt Scottishness is not winning over the English voters. As a result, both men have pledged their support to England in the World Cup, Brown even claiming that, as Scotland didn't qualify for the tournament, 60% of his fellow Scotsmen would do the same. Judging by the extremely vocal and bitter rivalry between the two home nations, Londonist would estimate that figure to be much lower.

In a survey of all Scottish cabinet ministers, only Brown answered. This caused controversy with his Scottish supporters, especially as he cited Gascoigne's goal against Scotland in Euro '96 (part of a 2-0 victory for England), as one of his most memorable football moments.

Leader of the Scottish National Party Alex Salmond had this to say about Brown's new-found Anglophilia:

"I can't believe that any genuine Scottish football fan could believe that a goal scored against us was his most memorable moment. Gordon Brown had better be careful with his recent spate of Union Jack-wearing comments, or real English football fans will begin to smell a rat."

Poor Gordon. He seems to have got himself stuck between a rock and a hard place. On the one hand, the English haven't warmed to him despite his numerous attempts to change his public image, whilst on the other, his fellow Scots are criticising him for his recent "Union Jack-wearing comments".

So what can he do? Well, apparently, Alex Salmond and Scottish First Minister Jack McConnell (of Brown's own party) are throwing their support behind Trinidad and Tobago, of all teams, because "there are Scotland-based players in the team." Sorry Gordon, but if these guys would support Trinidad and Tobago over England, then you are never going to be able to please people both sides of the border. Brown is going to have to be Scottish or English, not both, and he is going to have to make that decision pretty soon if he is to stand a real chance at becoming Prime Minister.