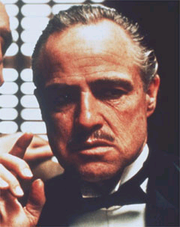 Mafia bosses beware! The Serious and Organised Crimes Agency (SOCA) is coming for you! The Agency went live today, and is being touted by the Government as the British version of the FBI. So does that mean a bunch of dodgy blokes in suits and Raybans? No, it's a bunch of ex-coppers, immigration officers and customs officers working together under one agency to tackle drug and immigration crime.

SOCA has replaced the National Crime Squad, and is more efficient than its predecessor, as it combines the powers of police, customs and immigration, giving its agents greater power over a wider jurisdiction. There are, however, bound to be teething problems, as there are with all new organisations. No doubt the first three months or so will be spent simply doing administrative tasks. In fact, Londonist would be surprised if SOCA manage to do a major bust in the next six months. But we shall see.

There is a class of highly entrepreneurial international criminals who have turned their ingenuity to malign effect. We are not dealing with shambling amateurs. It is a global business, its captains are practical and we have to be equally tough, intelligent, broad-ranging and rigorous in return.

The figures back his statement up. Apparently, the illegal drugs trade costs Britain £13bn a year, with immigration crime costing the taxpayers a further £1bn.

So whilst SOCA is not as glamorous as the FBI, Don Corleone and his lackeys had better watch out.