Phew… That Was Close 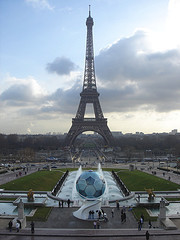 Only one goal ahead and four minutes to go it looked as if it might be extra time, but Fisher Athletic hung on to beat brave Hendon 3-2 in the final of the London FA Senior Cup on Tuesday night. Fisher had been 3-0 up after an hour, but Hendon struck back soon after and a late goal made the dying minutes nervous for the leaders before they could finally add this trophy to the Veterans' title they won a couple of weeks ago.

Over in Spain the Legendary Laptop of Leaping Lehmann came to the rescue as Arsenal hung on to reach the European Champions competition final, the first London side to do so. The keeper demonstrated why German manager Jurgen Klinsmann recently announced him the nation’s number 1 going into the World Cup as, drawing on the intelligence in the penalty takers’ database he meticulously maintains, he deduced Juan Roman Riquelme’s intentions correctly and blocked the Argentinian’s spot-kick to send the Gunners to the May 17th final against Barcelona in Paris, Thierry Henry’s home city. (Well, that’s the received wisdom, but Thierry was born and brought up in Les Ulis. Londonist used to work there and it’s in Paris in much the same way that Gatwick is in London.)

Klinsmann resoundingly endorsed Lehmann's elevation over long-time incumbent Oliver Kahn. "We think he is a tiny bit better." Lehmann himself revealed to German newspaper "Der Spiegel" last week that he came close to leaving Arsenal when he was dropped by Arsene Wenger eighteen months ago. "It wasn't just 10 matches, it amounted to a phase where one thinks everything over again… Suddenly our oldest child started to cry because he thought he'd have to leave London again. At some point I made up my mind: I'm going to stay and get to grips with things here. I knew I had to up my game further. That's pressure."

Another team with a keen interest in penalties is Adrian Boothroyd’s Watford, about to enter the playoffs for a berth in next year’s Premiership. On the advice of controversial rugby world cup winning coach Sir Clive Woodward, Boothroyd has had the players practicing penalties after matches. 15,000 fans stayed on to enjoy the proceedings after the 2-1 home win over Ipswich. If it all comes down to penalties, as it did for the Hornets when they were promoted in 1999, Boothroyd hopes the experience will stand his players in good stead.

Someone else acting on past lessons learned is Brentford manager Martin Allen who, 17 years after defying his manager Trevor Francis to attend the birth of his son instead of preparing for an away match at Newcastle, was faced with one of his own players in the same situation. However, according to the Daily Telegraph, when the call came from full-back Andrew Frampton it was an easy decision for Allen to make. "Fantastic, I said, now get home and look after her." Brentford went on to win 3-1 at Swindon while Francis has been announced as the guest of honour at Birmingham City’s St. Andrews ground when Hillingdon Borough face Nantwich in the FA Vase final a week tomorrow.

Photo of interactive light installation "Football Globe Germany" on display earlier this year in front of the Eiffel Tower via gadl's Flickr stream.