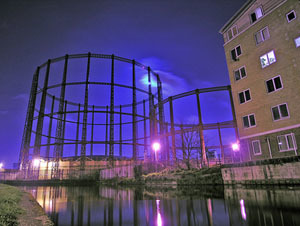 The Institute for Public Policy Research has put in an entry for the State The Obvious Competition 2006! - Long Journey Times Frustrate Drivers. In other news, the Pope is still a Catholic, and the woods are still the favoured place for bears to defecate. Photo taken from Dave Gorman's Flickr stream, in the Londonist pool.