'No way, no one likes a fat rockstar. Except Meatloaf.' // New Band Interview : Dead Disco

By Talia Last edited 167 months ago
Talia 'No way, no one likes a fat rockstar. Except Meatloaf.' // New Band Interview : Dead Disco 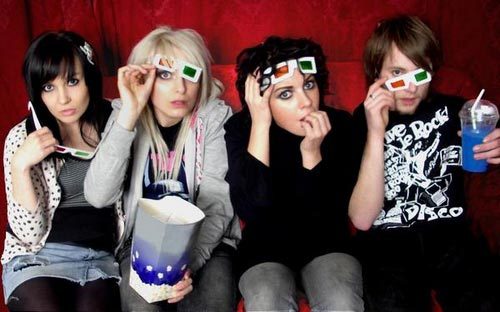 You know when you hear a new band and you immediately love their songs. You wait and wait and finally you see them live and it's all ruined. Live they were absolutely rubbish.

Well screw all that, because we finally saw Dead Disco live on Saturday night in Blackpool and they blew us away. Tight, professional and with one of the most impressive front people we've ever seen, we stomped around the dancefloor like it was the greatest gig of our lives and then mumbled deliriously to ourselves for a good while afterwards.

We first found the Leeds 4 piece on myspace back in August 2005, and were struck by both how good they look and how good they sound. Monday sees the release of their first single, The Treatment, a limited release on High Voltage records and next weekend is their first London gig. Club Motherfucker at the Garage is the venue so right this very second cancel out Saturday 9th April in your diaries, because if you want to see the next big thing, that is undoubtedly where you should be.

Apart from blowing our minds at the weekend, we also got to know them a little bit better.

Where does the name come from? We put some words in a hat and picked a couple out... it was that or Electric Tiger!!

What Do You Do In The Real World? Lucy & Marie are in their final year of Fine Art at university... they also do all the Dead Disco art work and have their own spin off company Art Disco! Check it out at www.myspace.com/artdisco . Victoria works in television and Damien is in MI5 but masquerades as a fork lift truck driver.

Describe Your Sound To Us: Its hard to describe... people have said we sound like everything from Blondie & The Bangles having a scrap with Brandon Flowers to Ladytron & The Long Blondes having a car crash... whatever they all seem to pretty violent! 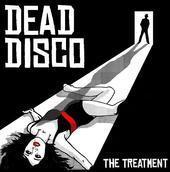 How Did You All Get Together? Lucy & Marie go way back and were in bands at high school together in a random village in northern England. Meanwhile Victoria was riding donkeys and sunning herself on Blackpool Beach whilst Damo was keeping it real in Leeds. Vic & Lucy came to uni in Leeds, Marie to York, and after some dodgy internet liasons we all found each other! We had a slight mishap with our initial drummer so Damien came on board in November.

Who Are Your Influences? The Bangles, Billy Idol, Blondie, The Slits, No Doubt, Kate Bush, The Killers etc.

What's the greatest song you've written? The Treatment. Alright its not that good but its about date rape and once you listen to it with that in mind it sounds pretty twisted.

What's The State Of Play With The Band At The Moment? The State of Play?? Well... we're releasing our debut single The Treatment on High Voltage Records this Monday thats 3rd April, and its nearly sold out on preorders alone! We're coming to the end of our first tour and will be gearing up for our next single which will be out in the summer, plus we have an internet release coming out in May on playlouder.com. So yeah there'll be more tours and recording and a video, we're keeping ourselves busy!

Where Can We Hear / See You Next? Club MotherFucker @ The Garage, Highbury Corner, Islington on Saturday 9th April. Its our first gig in the big smoke... come down!

What's The Big Game Plan For The Band? Erm.... conquer the universe! We're quite an all or nothing band we don't tend to do things in halves so we're just pushing to take this all the way.

Who Would You Most Like To Support? Fleetwood Mac for Lucy! The Bangles or Blondie would be pretty special.

What's Your Ultimate Label To Be On? Probably one of the majors... Vertigo is cool they have The Killers and The Rapture. One that could put the money behind us to take us to the level we want to without compromising the creative side too much.

What's the best gig you've ever been to? Forward Russia at the Cockpit in Leeds. But we were playing so thats why... does it still count?

Any Great Stories From The Road? Erm... we have some bizarre on the road rituals involving Bonnie Tyler but not sure they count!

Recommend One Album To Our Readers You Don't Think They Will Have Discovered. Can't speak for the others but Dinu Lappati playing Chopin is amazing (Victoria)

Why Should Londonist Readers Go And See You? Coz no one in London has seen us before so you'll be one of the first!

Venue To Play In London? We're hoping the Garage?!

Venue To Go To In London?? Premises Cafe Hackney

Place For A Post-gig Kebab? No way, no one likes a fat rockstar. Except Meatloaf.

What Advice Would You Give To Someone New To London Getting On A Night Bus For The First Time? We've yet to do it so we'll be wanting the advice!

If You Could Write A Song About London What Would It Be Called?

You can buy Dead Disco - The Treatment from High Voltage.