By sizemore Last edited 184 months ago
sizemore Lost in Brixton 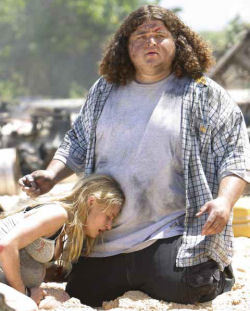 The money feels good / And your life you like it well / But surely your time will come / As in heaven, as in hell...

There's a Clash lyric to conjure with. And no doubt American viewers of Lost have been doing just that over the weekend as they try and decipher exactly what was going on in last week's episode. British viewers of course are still talking about the HATCH and what it may contain... We're not going to give much away by saying that season two is still mostly about very good looking people being not quite as inquisitive as you'd expect while forging out an 'exciting' life on their not-so-fantasy island. The only escape seems to be LOTS of reminiscing about days gone by and this week American viewers were treated to a glimpse of London life.

We are not going to comment on how realistic Lost's version of Brixton is because let's face it - it's one show were they're not dealing with reality in any shape or form, but we will put up a few screen shots so you can decide for yourself how close to the real thing this particular flashback was. We've hidden the pics after the jump as they may contain tiny spoilers and the last people we want to get on the wrong side of are 4815162342 Lost fans. 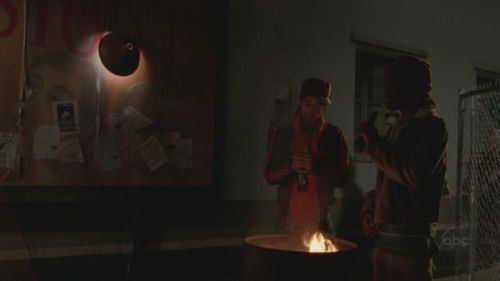 Two young chaps share what is probably a fine bottle of stout while keeping themselves warm with a burning oil barrel. How very Escape from New York. Perhaps a passing friendly Bobby showed them the correct way to light it. If they'd been around earlier they would have seen a cast member with a hard to describe accent attempting to sell his piano for drugs. Of course he said it was for a plane ticket to Australia, but how many times have we heard that when stopped by a disheveled youth with a musical instrument under his arm. 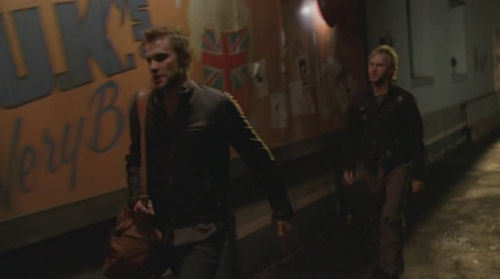 Ignore the rock stars and their problems for a moment and allow yourself to look forward to this evening when after a hard day's work you'll be heading to the nearest public house to order up a glass of the UK's very best stout. This episode was just filled with product placement which is odd because you would have thought the UK's healthy and robust stout industry would need no extra help in shifting bottles of London's favourite tipple. 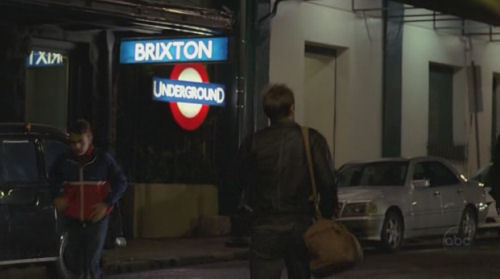 Ahh Brixton tube station - gateway to Australasia and of course the best place in London for a late night jog. The interesting thing to note here is the cryptic sign that reads UNDERGROUND. This has had Internet forums abuzz with possible 'readings' but our favourite is this one from Lost scholar JayJay:

Underground inside big red O- The "O"thers live "underground". That is why Micheal want find them, why their dirty and how they move around island so swiftly.

With an eye for detail like that, no doubt JayJay has a bright future ahead of him - probably in military intelligence.