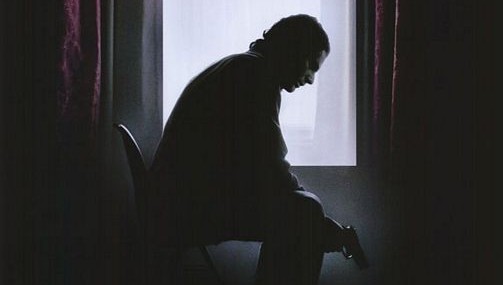 This week: Munich, Hidden, and The New World plus film news and gossip.

It seems that this week is a good week to go to the pictures, but we're going to start off with one of the least raved about films of the week, Munich, just because it's Speilberg and even though people don't seem to like it a lot they still have much to say about it.

Munich gets its best review from Pete Bradshaw in the Guardian, who gives the film three stars. As you might imagine it's not very long before Kevin Macdonald's fantastic documentary film One Day in September is brought up and Bradshaw uses the comparison to highlight what doesn't quite work with Speilberg's effort:

He tells the avowedly fictionalised story ("inspired by true events") of what happened after: how Israel set up a hit squad, operating secretly in Europe, to assassinate everyone who planned or executed the Munich massacre.

And what a curious film it is, as if Amos Oz tried to write a Frederick Forsyth thriller: a mixture of heroic derring-do, tough-guy amorality and liberal angst, culminating in a tortured attempt to dramatise some sort of mental middle-ground in the Middle East: ideological territory from which extremists from both sides will have to be bulldozered out.

As you might expect "the action sequences are great," but it seems Steven might have bitten off more than he could realistically be expected to chew when it comes to the intellectual meat and bones of the movie: "But the ideas? The debate? It could accompany a front-page graphic on USA Today."

What is surprising though is that Bradders' assesment of Eric Bana's performance as a a young Mossad officer: "[the] former standup comic who made such a cracking debut as the psychotic convict in Chopper - what a bore he is now, only playing blandly handsome leading men."

Pete's summary of the film is that of a "decent lesson and one worth trying to teach. But it is swathed in a very middlebrow and self-importantly long thriller."

Munich is down to two stars in the Independent, where the emphasis is very much on Speilberg 'taking sides':

Spielberg tries to be even-handed, and at one stage allows a young PLO fighter to talk about his family and the idea of "home". But simply by dint of its hero being an Israeli, and a man loyal both to his family and his country, Munich keeps putting its thumb on the scale.

Quinn is guilty of giving away many of the film's key scenes in his review (including what he calls "the most ill-judged sequence of Spielberg's career") so it's difficult for us to give you any real idea of why this is judged to be a two star movie, but maybe the very fact that Quinn can only offer us a potted, scene-by-scene walkthrough of a film which purports to communicate a certain political message says more about the film that it does about Quinn's reviewing abilities.

James Christopher writing in The Times, also gives Munich two stars and is a little more straightforward in his criticism:

Munich is Steven Spielberg’s “prayer for peace” we might as well pack our lunchboxes and set sail for the nearest desert island.

Again there's a lot of praise for SS's film-making abilities ("Spielberg uses his considerable skills to create an alarming sense of authenticity. The details are immaculate: the trendy flared trousers, the grainy film stock, even the way the poodles are shaved in Paris,") although, to be fair, they were never really in doubt were they.

What's missing here, according to Christopher, is any real substance, and when he starts comparing Munich to The War if the Worlds then you know we're on dodgy ground:"there’s something worryingly manipulative about a film that tries to make us feel guilty about the screamingly obvious. The health warning in Munich (and arguably on Mars) is that revenge turns patriots into psychopathic extremists. The only cure is to break the cycle. And if that’s the only novel revelation I’m on the next flying saucer out."

A film which fares more than a little better in today's broadsheet's is Michael Haneke’s Hidden.

We kind of saw this coming after Mark Lawson called it "the first great film of the 21st century" in a Guardian article a week ago, but we assumed that no film could live up to that kind of hyperbole. We were wrong.

In the Independent Quinn awards Hidden four stars and calls it "a sensationally disturbing thriller" which "draws us in with a style that outdoes Hitchcock for unobtrusiveness."

Frustratingly Quinn is again far too revealing about the film's main plot points, and just for the record Tony, we don't care if "the riddles the film poses remain elusive," that doesn't give you licence to reveal stuff that's ultimately best kept quiet. Review, don't reveal.

Quinn's final statement that "You need to watch this film." kind of says it all though, so we'll leave it there.

In the Times, James Christopher is a little more subtle but equally evangelistic within his four star review. "One of the most subtle and terrifying art-house thrillers about stalking to have been made," is the claim made in the very first paragraph, and that's backed up by the observation that "the genius of Haneke’s film is the sheer modesty with which it is presented."

The film gets its inevitable five star review from Bradshaw in the Guardian, who manages to tie himself up in typical fashion while trying to work ourt just what kind of fear Hidden manages to instill: "A stiletto-stab of fear is what Michael Haneke's icily brilliant new film delivers - not scary-movie pseudo-fear, but real fear: intimately horrible, scalp-prickling fear," before going on to praise the leads' performances (something overlooked by the other reviewers...surely not just because the film is in French?):

The performances by Auteuil and Binoche as Georges and Anne are superb...An outstanding performance from Annie Girardot... Binoche is utterly convincing as the woman who finds that, in extremis, she doesn't know who her husband is.

Bradshaw offer us a slightly obtuse criticism of Haneke's shooting style ("Almost every one of Haneke's shots is held as steady and implacable as a security camera. If there is a Recording Angel up there, noting our moral behaviour, then he is using celestial CCTV.") before compiling a relatively uncomplicated hymn of praise for the film:

Hidden is Michael Haneke's masterpiece: a compelling politico-psychological essay about the denial and guilt mixed into the foundations of western prosperity, composed and filmed with remarkable technique. It is one of the great films of this decade.

Will it pick up any Oscar nominations though? I guess we'll find out next week.

Now normally when we get to this point of the Friday Film news we take time to glance over the reviews for one of the week's big turkeys. And when we saw that Colin Farrell was starring in a film about the story of Pocahontas...well, we thought it was business as usual.

What we didn't reckon on, however, was the presence of Terrence Malick in the director's chair.

According to Tony Quinn in the Independent The New World is a "remarkable movie" which stars "Farrel at his most saturnine>".

It's a hefty four stars from Quinn, but don't parapgraphs like this in reviews of Malick films make you feel pretty 'saturnine' as well?

For more than two hours, Malick examines the meeting of old world and new with a sensuous, Vermeer-like attention to physical surfaces, catching the play of light and shade, or the way wind rustles through long grass. Dialogue takes second place to interior monologue, and action trails a long way behind dreamlike variations on the theme of a lost paradise.

Didn't Malick get the whole 'wind rustling through long grass/lost paradise' thing out of his sytem with The Thin Red Line? Isn't it all a little predictable, and dare we say it, boring.

Bradshaw continues the four star praises in the Guardian, calling the movie "a dream-vision of savagery and grace" with which "Malick defies gravity to float above that narrative road, where most other film-makers are content to walk with such a heavy tread."

If this all sounds like a bit of a Malick wank-fest you haven't heard anything yet: "Malick has a pure, fluent cinematic idiom; his expedition into the past is ambitious and glorious," gushes PB towards the end of his review, but thankfully there is one slight criticism to temper the onsalught:

It has to be said however, that when the story moves into its final act, with the arrival of Pocahontas in London as the bride of aristocrat John Rolfe (Christian Bale), it begins to lose some of its intensity and focus.

The New World drops slightly to three stars in the Times, where we're told (surprise, surprise) that "the soundtrack is alive with insects, and winds rustling through fields of grass."

How good can wind be?!

Despite the plot being "an elongated mumble," James Christopher still things this film is "a hypnotic piece of art that can be truly appreciated only on a big screen," although we do finally get some decent Farrell bashing: "his Cavalier haircut makes him look like the missing link in the Bee Gees line-up".

In the film world this week there's lots of talk about X Men 3 after Fox film President Tom Rothman gave an interview during which he said "The official title, is X-Men: The Last Stand. It's is the conclusion of this trilogy."

He also let slip that Alien Versus Predator 2 is in production. Why God why?

As you've probably read by now, Pixar has been bought/retained/whatever by Disney, and one of the first things Pixar managed to do was put the brakes on Toy Story 3 which Disney had the rights to and were going to make without Pixar.

Classic remake warning: it looks like Warners are going to remake the classic 40s thriller Gaslight which won Ingrid Bergman an Oscar. Of course they're going to transplant the action from London to California. Since when was California spookier than London?

It looks like Lance Armstrong is to get his own biopic, and Matt Damon might play him? It's hard to look cool on a bike but we're sure Matt will manage it.

For our Trailer of the Week this week we're going for a bit of bloody Evil Alien action. Enjoy.