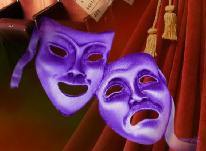 For some of us, one of the problems with living in London can be our constant complacency, where we don’t bother to sample many of the delights of our great city because ‘they’ll still be there tomorrow’.

Because we can enjoy London’s attractions any time that we want to, we will often succumb to perennial procrastination. However, such laziness can be foolhardy, as not everything lasts for ever.

A good example here is the West End’s ‘theatre-land’. Any lover of the theatre is spoilt for choice in London, with an array of high-profile performances and big-name performers treading the boards every day. But because big shows are exactly that – an everyday occurrence – it is often left up to the tourists to get excited about them. And with tourism dropping, so are sales of theatre tickets.

According to West End director Steven Pimlott, this is more than just a case of the January blues:

We’re all part of the zeitgeist. Shops haven’t done well either. And there’s the pound-dollar thing: there are no Americans.

It is possible that Mr Pimlott wishes he had been given more time to prepare his comments. Still, we can see what he’s trying to say.

Of course, reports of an impending West End slump could be premature, in the same way that the reports of imminent catastrophic house price crashes that we’ve been hearing about every few months for the last five years seem to be. Nonetheless, it would appear that this is a particularly good time to pick-up last-minute tickets for some big performances.

However, if you’re thinking of getting some tickets, you should do so quickly, as slow ticket sales are causing some shows to close earlier than originally planned. Notably, Saucy Jack and the Space Vixens will be ending its run this Saturday. Still, all is not lost, as Spamalot will apparently be coming our way in October, and should ably fill the silly musical void.