And the winners are...

By sizemore Last edited 185 months ago
sizemore And the winners are... 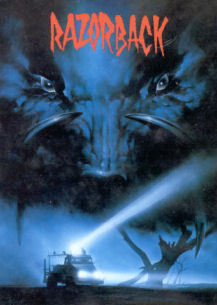 Congratulations to Melanie, Stephen and Jason whose thorough knowledge of killer pig movies just scored them a couple of DVDs.

The Australian horror classic directed by Russell (Highlander) Mulcahy was indeed Razorback. So nice that so many of you took time out to reminisce about the film. Maybe Peter Jackson should have a go at remaking it...

A pat on the back to the poor lost soul who answered Cujo. Killer Saint Bernard movies are very close to our hearts too, but no cigar this time (Tip - the IMDB is your friend).

The DVDs will be on their way to the winners first thing in the morning (or at least as soon as we remember which precarious pile of stuff we left the movies in).

Commiserations to everyone else and thanks for having a go, but keep an eye out for another comp coming soon.