Time Out Versus The Restaurants 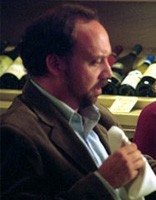 Did anyone pick up Time Out's Eating and Drinking Guide 2006 when it came out?

If you did you might have seen a little editorial comment suggesting that London is one of the most expensive cities in the world to drink wine.

Ok, so it's not exactly front page news (Local man pays over the odds for bottle of wine court told) but when you start comparing us to those pesky "other European cities" then we do seem to look a bit guilty.

This is from Caterer magazine:

While restaurants in other European cities listed well-priced mid-range wines, London eateries regularly multiplied the retail cost of a bottle by three.

Some of London's most renowned restaurants were named and shamed as the worst offenders, with Gordon Ramsay's Angela Hartnett at the Connaught, the Ritz on Piccadilly, the Greenhouse in Mayfair, the Ivy in Covent Garden and the Ledbury in Notting Hill all outed for their prices.

The restaurant trade (not renowned for lying down and taking a beating from a mere listings magazine) has decided to hit back saying the costs of running a restaurant business in London necessitates high prices.

In other words: it's the Government's fault.

The head sommelier at the Ledbury restaurant is quoted as saying, "I start by multiplying wine in the middle of the list by three and go up or down from there. That's normal for London - it's what you need to make a profit."

What are they doing? Paying people to crush the grapes themselves?

Restaurant Association chairman Nick Scade cuts to the chase: "If the margins were not there on wine, they would have to be higher on food, but the end bill would be the same for the customer. You also have to remember how much tax the Government charges on wine so the cost price starts much higher."

Just so you can make a note of them, here are the restaurants who were praised for avoiding heavy mark-ups on their wine: Ransome's Dock in Battersea, Andrew Edmunds in Soho, Gordon Ramsay in Chelsea and RSJ on the South Bank.