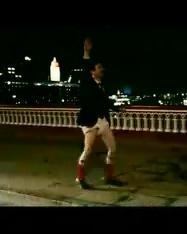 The digital arts festival Resfest hits London as of tonight and as usual with this festival there's an absolute ton of things you'll probably want to get along to.

Things kick off tonight with Shorts One, ("some of the most visually groundbreaking, hilarious and poignant recent work in the realm of short form film, video and animation") and of course the opening night party.

Londonist should hopefully be getting along to a few of the events so we'll report back as soon as we can.

Resfest runs in London from tonight until Sunday 2 October. All tickets can be purchased via the BFI.