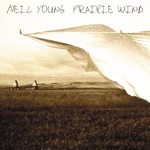 As prodigious as he is unpredictable (this after all is a man whose record company once sued him for not sounding like himself), Neil Young's 41st solo record, just shy of his 60th birthday and recovering from an aneurysm that almost killed him earlier this year, finds him in a gentle, reflective mood on his strongest and most affecting album in ten years.

Returning to his country folk roots, Prairie Wind blends Young's effortless, almost lazy, acoustic picking with haunting lap steel, Memphis horns, gospel choirs although there's still an opportunity to crunch in and fuzz out. The apparent third in the Harvest trilogy, the songs are potted with melodies and hooks from his earlier work, yet this is very much the point. Distinctly aware of his own mortality, almost styling himself as the Old Man of Harvest days, Young looks back at his life; contrasting memories of youth, especially the freedom of the plains (such an iconic image in America's consciousness, the prairie wind is a recurring motif) with the wastefulness of modern life in a post 9/11 world. It's nature versus technology and we know what side he's on.

Although not without humour, The Last Time I Saw Elvis, the rest of the album is as personal as Shakey's ever been; a set of unashamed love songs to old friends long gone: The Painter, his wife: Falling Off The Face Of The Earth, his children: Here For You, or simple pleasures: The Old Guitar. The passing of time is as much a refrain as the wind that blows between songs, and there's no time to be mincing words. There's something of the condemned man's confessional, reminiscent of Johnny Cash's American IV or Warren Zevon's The Wind, in Young's almost-whispered trademark falsetto. Final track When God Made Me asks those questions of the Almighty's plan one would expect of a man who knows what he wants etched on his grave stone.

Alongside Springsteen and Dylan, both finding a new lease of creative life through maturity, this collection of simple and beautiful songs sees Young elevated back to his position as one of America's great singer songwriters. Londonist Album of the Week, and let's hope it's far from his swansong. 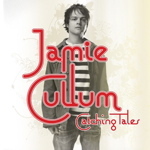 Jamie Cullum's boyish looks and non-controversial music make him a safe bet for the middle-class girls and their mothers who don't really like 'that noisy music', but otherwise make him the target of sneering from jazz purists, who think you have to be gnarled and grizzled to have any credit in their milieu, and rock/pop fans who don't get this 'jazz thing'. "Can nothing I do make you happy anymore?" asks Cullum, in Nothing I Do. It could almost be a plea to the 'credible' press, wondering why he attracts so much snobbery.

So what do we in the Londonist Music Dungeon think? Well, we might prefer indie, but we love music first and foremost, especially where's there's invention and intelligence gone into it, and Catching Tales falls into that category. Cullum veers from the standard jazz vibe in straightforward pop songs like Photograph and London Skies, the latter a song you could almost imagine being sung, albeit with a slightly different arrangement, by Doves. Which is apposite because Cullum covers Doves' Catch The Sun to good effect. Elsewhere you get the jazzy numbers you'd expect, but there are twists, as in I Only Have Eyes For You's reverb-heavy, Portishead-esque production, the schizophrenic Back to the Ground, and the reggae vibes in Nothing I Do and Our Day Will Come.

The songs on here maybe don't sit comfortably as a single unit to sit through, but there's plenty of variety so that you can listen to parts of this album to suit different situations or moods, whether that be on the commute or in the home. We're surprising ourselves here, but we recommend you check Catching Tales out. It's worth approaching with an open mind.

You can hear some tracks by going to the official website and playing the 'Jamie FM song player'. 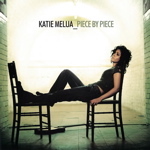 Katie Melua's another one of those artists we wouldn't normally go out of our way to listen to. Unlike the situation with Jamie Cullum's album, however, our preconceptions haven't changed. This isn't bad stuff by any means (although the panpipes on Nine Millions Bicycles nearly caused us to stop the album only five minutes in), it's just average.

Melua's voice is pleasant enough, but is never arresting, and so it is with the songs. It's extremely melodic and at least it's not over-produced. You get a few jazzy numbers and there's an overall folksy vibe, but it's a little one-paced and soporific in places. Not our cup of tea at all, and more like a cup of cocoa. A late-night, go-to-bed (to sleep, not to shag) album, if ever we heard one.

You can hear samples from the album here.