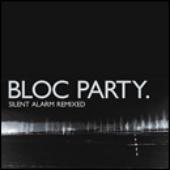 The bank holiday took a little longer than expected, hence the late delivery of your friendly neighbourhood album review slot. So without further ado...

Remix albums are a strange beast that sits in a pen marked Fans And Purists Only. They either tend to be an environmentally unfriendly waste of paper and plastic full of blips, beats and other such noises never intended to be heard over the purity of the original material or at best a collection of B-Sides with the occasional gem. Silent Alarm Remixed for the most part falls firmly in the latter category. At worst it follows standard remix procedurees: add odd sounds and beats, cut up the vocals, repeat significant lines and occasionally smother the entire thing in a layer of fuzz. All well and good but what's the point? Bloc Party's quirky perky guitar pop has sat nicely enough in itself to warrant success on their own terms and this has little more to say about who they are or where they're coming from.

Highlights are the Engineers' sparse and moody working of Blue Light, M83's blissed out reworking of The Pioneers in a Pink Floyd vein, Nick Zinner (of the Yeah Yeah Yeahs)'s eerie half whispered Compliments and especially Four Tet's version of So Here We Are that manges to make the entire track sound like the opening moments of Where The Streets Have No Name with additional oddness and is actually quite beautiful in its own right.

Anyway, whatever. You can listen to it here 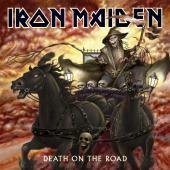 Iron Maiden - Death On The Road

If remix albums are one anomaly then live albums are another. If it hadn't been for Heavy Metal, live albums, if not would never have existed, would certainly have died a death in the mid '70s. They can at best showcase a band blazing away on stage but will never capture the full feeling of getting all hot and sweaty and stomped on down the front. If you're looking for an introduction to a band then a greatest hits package will usually suffice. Otherwise chances are you weren't there so it's purely to complete the collection.

Iron Maiden are the undisputed Kings of the live album, they now have eight to their name, this one recorded in Germany in 2003 on their Dance Of Death tour. Veering between their greatest pop moment, Can I Play With Madness through to later classics such as Fear Of The Dark. There's little between songs banter, lots of Scream for me Dortmund and a quite obviously mammoth and fanatical crowd. The band are on great form, Bruce Dickinson's voice is as powerful as ever and the holy trinity of The Trooper, Number Of The Beast and Run To The Hills are all there alongside the epic magnificence of Hallowed Be Thy Name. 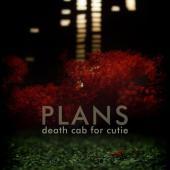 The 6th release and major (Atlantic) debut for Benjamin Gibbard's Washington State quartet, taking their name form a track by the Bonzo Dog Doo-Dah Band is a generally gentle slice of autumnal indie pop-rock that chugs along nicely in a kind of non-threatening down tempo Teenage Fanclub vein occasionally looking to the current crop of 'epic' Brit piano / guitar bands for a nod in the odd chorus direction.

All in all it's a decent enough album that could perhaps of benefitted form a little more crunch and substance. Even so, opener Marching Bands of Manhattan is a beautiful slice of epic, building pop, gently chugging guitars and soaring keyboards, Soul Meets Body adds a New Order in Converse All Stars beat, and Crooked Teeth chimes along in a manner familiar to those who own the Thirteen Senses album. What Sarah Said is a more directly American cookie of light indie balanced against the dark country acoustic of I Will Follow You Into The Dark to show that they've done more with their time off than assimilate the odd soaring moments from Doves. 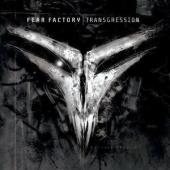 What can be said about industrial thrash metal band Fear Factory's seventh album? Well it's generally pissed at the world and goes thuddery thuddery GGGRRAAAAARRRRGGGGHHHHHH a whole bunch before we get to the ballad and then it gets a little melodic with Supernova and its poppy Foo Fighters chorus. There's a cover of Killing Joke's Millenium done in the style of Metallica and a cover of U2's I Will Follow done in the style of U2, thereby making it one of the more pointless things we've heard for a while.

Should you so wish then check it out here.

Album of the week then goes to Death Cab For Cutie. See you back here on Monday for whatever's next.