By sizemore Last edited 176 months ago
sizemore All Fall Down 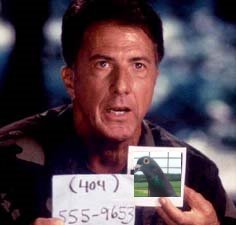 Zombies, plague, fire, aliens, vampires, bombs, giant kittens... London's had quite a few things thrown at it over the years in both real life and fantasy, but no one expected the biggest threat to come from our feathered friends. The threatened deadly bird flu epidemic however has got a lot of people jumpy. Perhaps even more so after Sunday's report in the Times that we don't have enough antiviral drugs to go around. It seems that in the best tradition of apocalyptic sci fi only the most 'important' people will get a jab or pill if the worst happens:

Workers at the BBC and prominent politicians — such as cabinet ministers — would be offered protection from the virus. Ken Livingstone, the London mayor, has already spent £1m to make sure his personal office and employees have their own emergency supplies of 100,000 antiviral tablets.

This would be a good time to apply for that job at the Beeb or inside the glass testicle.

Of course there's no real threat at the moment, but the panic would start if the current virus mutated. Remember the one good bit in Outbreak when the cinema sneeze was tracked from person to person? A bit like that, but without Kevin Spacey bleeding from his anus and that monkey from Friends outacting Hoffman.

The best advice if things turn to shit is to stay inside and avoid contact with others until the outbreak passes - that gives bloggers a head start then.

Every cloud has a silver lining though and we're happy to report that the Conservative party would (at the moment) be among those left to die along with the rest of us.