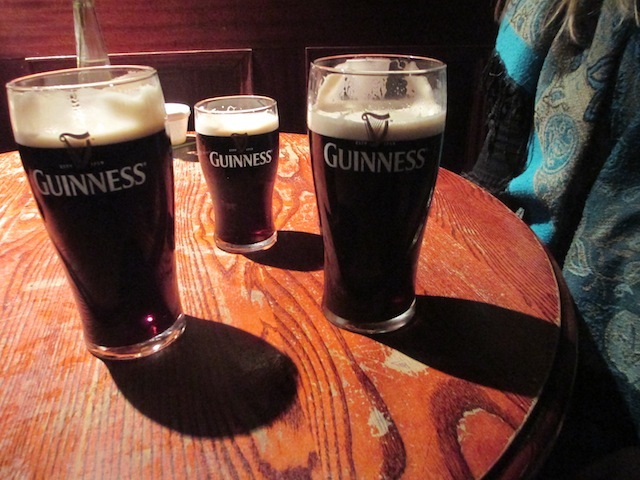 This pub has been voted by our readers as one of the best in Stoke Newington. See the full list of winners here.

The slogan “Guinness is good for you” may no longer meet advertising standards criteria, but on visiting the Auld Shillelagh on Stoke Newington Church Street — among the capital's most famous Irish pubs — it’s hard not to be persuaded by it.

Our taste buds were wowed by the refreshing, smooth, rich and earthy flavour of the world famous stout on tap here. But the sceptic in us still harboured some doubts. After all, isn’t it the same stuff that they serve everywhere?

At first, the barman was offering few clues. But it turns out that it’s all about the details: no rocket science, just a careful consideration of every step of the beer’s journey from keg to glass. And the pouring, of course, is perhaps the most important part: half the pint is allowed time to settle fully before the rest is added (and to save you waiting, they’ll bring it over to your table).

If there’s more to a good pint than meets the eye, the same can be said for the pub itself, which from a tiny front on the street, opens up inside to reveal a surprisingly spacious (though still welcoming and cosy) wood-panelled interior. The subtly quirky decor ranges from traditional pub signs to a series of prints of Frank Sinatra, while a beer garden at the back of the pub allows for outdoor drinking.

The Irish can be particular about their ‘pint of plain’, but this is one place that will pass muster even among the most exacting of judges (and has the blessing of no less a figure than Shane MacGowan). A standard range of lagers and bitters is also available, but if you go for these you’ll be missing the point – and of one of the best pints of Guinness in London.

Words and pictures by Jonathan Knott.

Back to all Pubs Back to Stoke Newington
Click for Comments