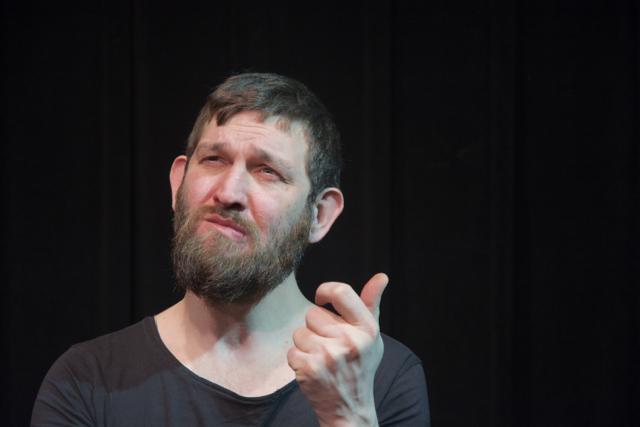 If comedy plus performance poetry, with added social commentary and a dash of the film 300 thrown in, sounds like your kind of thing, allow us to lead you to COG ARTspace and Monkey Poet, aka Matt Panesh. He's doing a two and a half week run of his Edinburgh show 300 to One, in which the Spartan bloodfest meets World War One, plus a set of stand up poetry. To give you a taste of the latter (without the stand up part), here's a poem about London's honourable tradition of the press:

Welcome to historic Fleet Street,
the heart of the free press.
The place where the journalists first met
to discuss the stories of the day
but now peddle a different kind of meat.

Read all about it?
Not no more.
Now it’s celebrity exposes by the score.

Britney exposes her labial flaps
as she indiscreetly disembarks from a taxi cab.
Kate Moss’s moss is on page three
(personally, I don’t think that’s a waste of trees).
Princess Eugenie nearly shows her Royal Charms.
(In the making of this poem not a single Royal was harmed.)

“Thank God Paris Hilton is a spoilt rich whore —
She’s always good for a double-page spread.”
Say lazy Editors whilst scratching their heads,
“What the Public wants, the Public gets,
It’s not my fault it’s mainly breasts.”