Earlier this month was the week informally known in the art world as 'Frieze week'. It's named after the giant art fair in Regent's Park which draws art collectors, dealers and galleries from across the world — and maybe even the odd Londoner who wasn't put off by the steep ticket prices.

But it's possible to enjoy Frieze week without entering Regent's Park, as there were 10 art fairs in total and a whole host of exhibitions opening in other galleries around London, including a few new galleries setting up shop. We've already reviewed quite a few exhibitions but here are some shows we didn't cover that have generated some critical acclaim and are still open. All except one are free to enter and we've included our thoughts on whether they're any good: 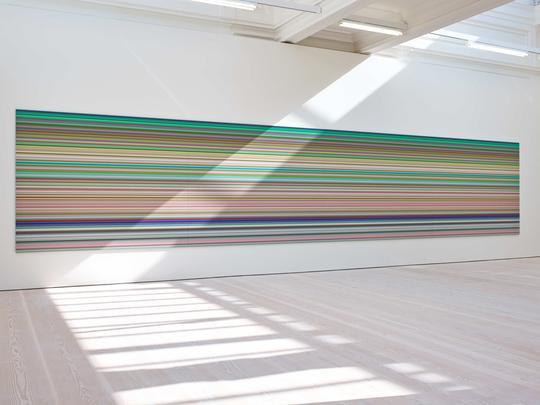 Gerhard Richter at Marian Goodman
Marian Goodman is one of the world's biggest gallerists and it was only a matter of time before she set up shop in London. This Soho space is impressively large and it's opened with a safe choice of the very bankable Gerhard Richter — though the works here are hit and miss. The highlights are his stripe paintings, where he manipulates the original image to create colossal works of coloured stripes that play tricks on the eyes. Until 20 December, free.

Aiko Miyanaga at White Rainbow
This new Fitzrovia gallery specialises in Japanese artists, opening with a great exhibition on the imperfection of materials. High heels and keys are cast in a volatile substance called napthalene, so that it will never be a stable form. At the back of the gallery an improperly fired ceramic bowl crackles away in the silence of the gallery and is designed so it will continue to do so forever. Until 22 November, free.

Richard Tuttle at Tate Turbine Hall and Whitechapel gallery
Observant visitors to Tate Modern will have noticed that the turbine hall has remained empty for some time, but now it's filled with a colossal sculpture of what appears to be a giant plane by American artist Richard Tuttle. It's impressive in scale but not as captivating as previous turbine hall installations. Tuttle also has a retrospective at Whitechapel gallery mixing textiles with poetry but it's a largely abstract and inaccessible show. Whitechapel exhibition until 6 December, admission charge. Turbine Hall until 6 April, free. 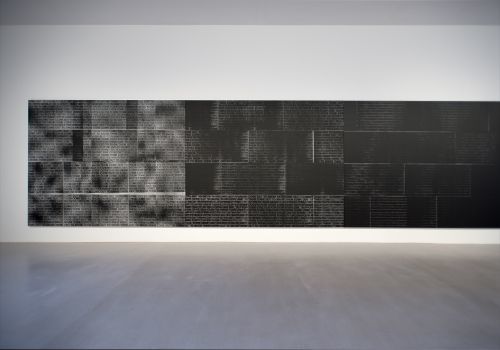 Glenn Ligon at Camden Arts Centre
Ligon tackles issues around language and race with his most powerful works revolving around the repetition of phrases that carry historical weight. However, this exhibition lacks the impact of his claustrophobic exhibition earlier this year at Thomas Dane gallery. Until 11 January, free.

Lizzie Fitch / Ryan Trecartin at Zabludowicz Collection
You may have seen the neon green advertisements for this exhibition on the Underground. This artist duo have been much hyped since their positive critical reception at last year's Venice Biennale. For this show they've created videos featuring irritating characters that are designed to evoke memories of our own adolescent excesses but in fact they are simply annoying and hard to watch. Until 21 December, free. If you like video installations, also check out Chisenhale Gallery's current exhibition.

Andro Wekua at Sprüth Magers
The headline piece in this exhibition is a creepy cyborg mannequin that hangs, seemingly impossibly, from a pane of glass. If you think that's disturbing, wait until it twitches its hand. Until 15 November, free.

Steve McQueen at Thomas Dane
Turner prize winner turned Oscar winning director returns to art. His film on drugs and death in the Caribbean is poignant but his sculptures next door aren't worth viewing. Until 15 November, free. 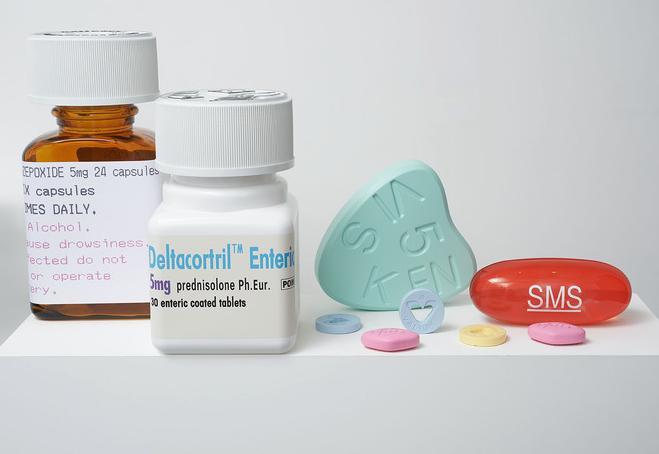 Schizophrenogenesis at Paul Stolper
Damien Hirst returns to his theme of pharamaceuticals with some oversized tablets and packaging. It's no Tate exhibition but it feels like a lighter side to Hirst, though the restrictions on how close you can get to the works are unnecessarily strict. Until 15 November, free.

The Bad Shepherd at Christie's Mayfair
Since Christie's closed down the Haunch of Venison gallery, it's put on some excellently curated exhibitions in this Bond Street space. This is no exception as masterpieces by Jan and Pieter Bruegel are juxtaposed with contemporary works by the likes of Sarah Lucas, Jeff Koons and Thomas Schutte. A favourite was a painting of the festival of St. George facing off with a dragon made of cigarettes. Until 16 January, free.

Gillian Wearing at Maureen Paley
An intimate video of people in the West Midlands reflecting on their lives. It's a moving piece, though tarred slightly by the quasi-spiritual ending. Until 15 November, free.

Karla Black at Modern Art
Hanging 'walls' made of sugar paper and cellophane guide the visitor through the exhibition — your slightest movements create ripples along their surfaces in this enjoyable interactive exhibition. Until 8 November, free.

All images are courtesy and copyright of the artists and their galleries.