Clamber Barefoot Through Shipping Containers On A Greenwich Jetty

This is a sponsored article on behalf of shunt. 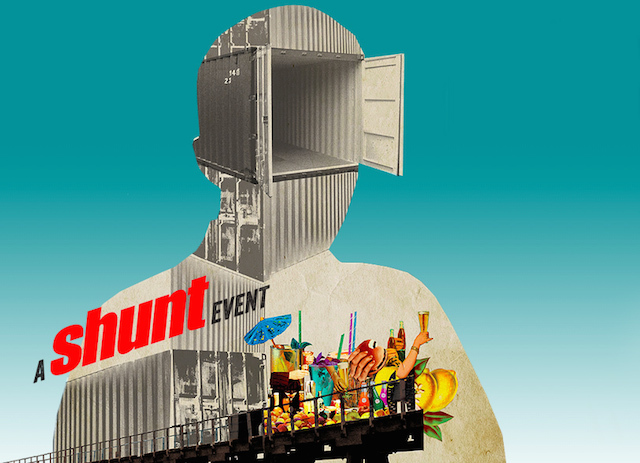 The London-based arts collective present their latest event, The Boy Who Climbed Out of His Face, at The Jetty — a brand new venue based riverside at Greenwich Peninsula.

Having been on the London scene for over a decade, shunt are well known from their previous work, including that at the popular Vaults venue, once situated underneath London Bridge station. Over the years, we have come to realize that the best approach to shunt's events is to expect the unexpected. This is not your average sit-down show where you buy a programme, apologize your way to a designated seat, then buy an overpriced glass of house red at the interval.

So we know what The Boy Who Climbed Out of His Face is not — what it IS can be bit harder to pin down. Here's what we DO know:

Starting on 14 August, a space at The Jetty will be transformed into an ‘industrial pavilion’ built from shipping containers, which audience members enter and travel through in groups. Multi-sensory, a world within a world within a world, a peculiar space that asks more questions than it answers: Where was I? Who was that strange man? What was wrong with his face?

We’re particularly curious about audience members being required to go barefoot as they enter. The website also mentions that "there will be some dark and confined spaces". What exactly is in there? There’s only one way to find out.

We’re also excited about the venue itself. The Jetty, a former coaling jetty on the Thames, has views across the river to the city beyond, and is free for the public to enjoy and soak up the sun from (some more information on the history of the space here). As well as the show, there’ll be a pop-up bar serving cocktails and street food — that way you can make an evening of it.

“Every 10 minutes 30 people will disappear into a shipping container and are spat out 45 minutes later.”

And that’s all you’re getting. See you there.

The Boy Who Climbed Out of His Face is at The Jetty, Greenwich Peninsula from 14 August-28 September 2014. Tickets cost £10 and can be booked online here.