Black Cab Protest To Cause Gridlock In Central London 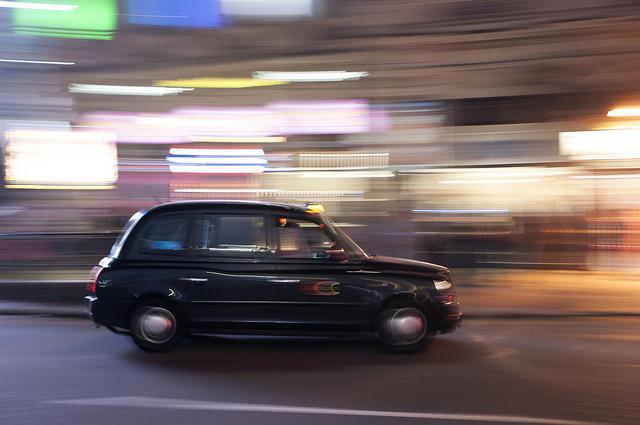 Streets around Trafalgar Square will be gridlocked from 2pm on Wednesday afternoon as black cab drivers protest against the taxi app Uber.

An increasingly bitter dispute is raging between the Licensed Taxi Drivers Association (black cabs to the rest of us) and Uber over what counts as a taxi meter. Uber allows passengers to book private hire cars (minicabs) but the fare is calculated on a combination of time and distance based on GPS through the app. Transport for London doesn't think this counts as a meter because the app isn't plumbed in to the car, but black cabbies say that's just splitting hairs. They're the only group allowed to use meters — and also have much stricter regulations to abide by. They say Uber is attempting to straddle the market, using on-street pickups and metering but using the lighter regulation in place for minicabs.

TfL has asked the High Court to decide whether or not Uber does use metering, but the protest is still going ahead — here and in cities across Europe. Reports suggest up to 10,000 cabs could join the protest.

The police have issued a request for organisers to share plans of the demo (the law requires written notification of 'marches' at least six days in advance) to allow the emergency services room to manoeuvre around town. A letter from Commander Peter Terry, widely shared on social media, warns that without such notification the protest could be illegal and drivers may be arrested — which could lead to the loss of their licences. The LTDA says it had meetings with the police three weeks ago.

Smartphone apps are not cabbies' friends at the moment. Hailo has been accused of treachery after deciding to expand its booking service from black cabs to include minicabs. Fights have been reported and the word 'scabs' was painted on the wall of Hailo's office.

Photo by Juan Pablo from the Londonist Flickr pool