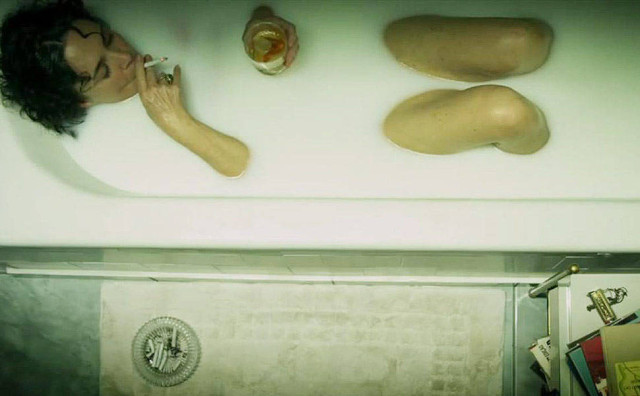 Even without the attention brought to the country by the World Cup, Brazilian cinema has always found an appreciative audience in the UK, from the tough love of Walter Salles’ Central Station to the frenetic pulse of City Of God. In May, the Brazilian Film Festival returns for its sixth edition, showcasing new cinematic treats from the region alongside a mouth-watering food festival that invites diners to sample Brazilian-inspired food at participating restaurants throughout London.

The festival opens with a world premiere of Rafael Primot’s wonderfully-titled Never Too Old To Meow, in which a crotchety old writer decides to open up her home to a young journalist after returning to literature from an extended break, its dark drama slowly morphing into a compulsive thriller. Heitor Dhalia, whose 2009 feature Adrift featured in the Un Certain Regard category at Cannes, returns with Balod Mountain. When friends Juliano and Joaquim leave Sao Paulo in search of gold in 1980, little do they suspect that life on an Amazonian gold mine will alter their lives in drastic and irrevocable ways. Also tackling Brazil’s recent history is Tattoo, starring Irandhir Santos as Clécio, the leader of a theatrical troupe resistant to the country’s military dictatorship whose political fortitude is tested by the arrival of an 18-year-old boy from the country.

On the documentary side of things, Betse de Paul’s Meeting Sebastian Salgado will be of interest to anyone who caught the Genesis exhibition at The Natural History Museum last year. Likely to be somewhat less sedate is City of God – 10 Years Later, which examines the lives of the non-professional actors who took part in Fernando Mereilles’ modern classic a decade after it hit cinema screens.

The Brazilian Film Festival runs from 8-13 May at Odeon Covent Garden, with the ‘Brazilian Taste’ festival taking place at Ivy’s Mess Hall, Canela, Oui Madame, McQueen, Cabana, A Little Of What You Fancy, Guanabara and Brazil Pop-Up Diner. Tickets can be purchased from Odeon’s official website.