Cyclist Dies In Collision With HGV At Ludgate Circus 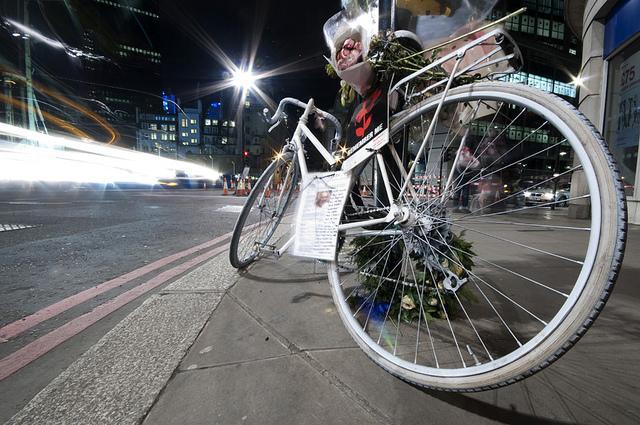 A cyclist died at Ludgate Circus this morning following a collision with a lorry. The driver stopped but has not been arrested.

HGVs present a significant danger to cyclists on London's roads; of the 57 cyclists to die since 2010, 31 were involved in collisions with HGVs, yet HGVs make up only around 4% of traffic. Boris Johnson has got Transport for London and the boroughs to join forces and ban all unsafe vehicles from within the M25, a move that should come into force later this year.

This cyclist is the third to die in London in 2014. Kevin Lane died in February after a collision with car in South Woodford, and Michael Mason died three weeks after a crash in Regent Street.

Update #1: Assembly Member Darren Johnson points out that Ludgate Circus is one of the junctions dropped from TfL's safety review list; it originally featured on the list of 100 but not on the reduced list of 33. He said:

"This absolutely tragic news is made all the more poignant by the fact that TfL recently decided to cancel the major safety overhaul it had deemed necessary at this blackspot. Six cyclists were killed or seriously injured here in the space of five years yet despite this dreadful toll TfL aren’t going to get this junction sorted out. We are seeing this pattern of inaction all across the road network in London and it is unacceptable."

Update #2: TfL has pointed out that Ludgate Circus is part of the planned North-South cycle superhighway and so is due to be fully segregated.

Photo by World of Tim from the Londonist Flickr pool