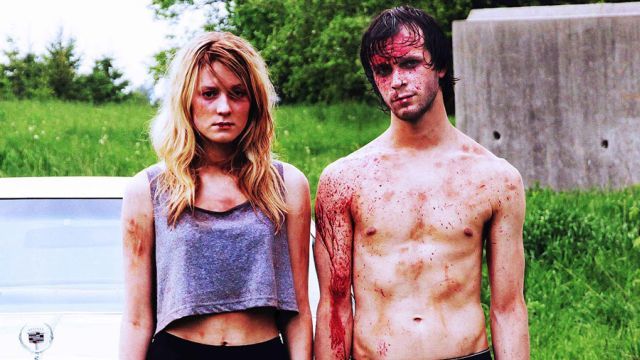 While some are already gearing up for Christmas, there are those of us who like to remember that Halloween comes first. What better way to bring in the season than the British Horror Film Festival, now in its fourth year and acting as a scrappier cousin to Channel Four’s FrightFest in August.

The festival primarily consists of shorts, with a few feature length film screenings alongside them. Henry Li’s Fortune Cookie Prophecies has already played at a number of festivals, telling the story of a family, isolated in the woods, whose Chinese takeaway offers a bit more than they bargained for when their fortune cookies predict their imminent deaths. Similarly popular on the festival circuit is Gabriel Carrer’s In The House of Flies (pictured), a darker psychological thriller wherein a young couple are abducted by unknown assailants and involved in a series of horrifying mind games with their hosts. The final feature of the festival is the slightly less gruesome Entity, starring Ballykissangel star Dervla Kirwan. The story of a camera crew investigating 30 unidentified bodies found abandoned in a Siberian forest, it promises scares without the blood and terror of the first two films on offer.

There’s also plenty to delve into with the shorts, screened in two sections over both nights, including the fun-sounding Tumbling After, a dark take on Jack and Jill, and The Meeting, about a group of serial killers hoping to rid themselves of their evil tendencies by way of group therapy. And after all that you can forget any embarrassing screams you let out in the cinema at the after party, which will take place at The Hippodrome.

The British Horror Film Festival runs from 18-19 October, with all screenings taking place at Empire Cinema in Leicester Square. Tickets can be purchased from the official website.