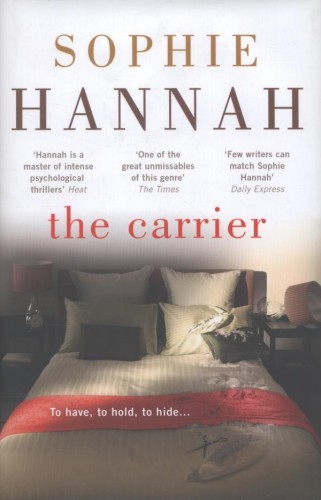 Bang Said the Gun launches its poetry anthology, Mud Wrestling With Words, at the Roebuck (8pm, £7 / £5).

John Mullan and Iain Sinclair explore the role the Thames in literature, with the Thames Festival (7.30pm, £7 / £5 + bf).

Jo Nesbo is signing copies of his latest Harry Hole series at Waterstones Leadenhall Market from 12.30pm, or head to the Coronet Cinema in Notting Hill where he's in conversation with Emma Kennedy (6pm, £10).

Thomas Glave talks about human rights and oppression at Gay's the Word, plus poetry from Dorothea Smartt (7pm, £2).

Take your five minute story on the theme of 'revolutions' to the Southbank Centre and tell it at StorySLAM:Live – or just listen (7.45pm, £8).

Shy Yeti and guests mark Friday 13th and the changing season with a night of autumnal creepiness at the Poetry Cafe (7.30pm, £donation to charity).

Lez Henry is at Housmans talking about the concept of 'whiteness' (6.30pm, free).

The Alarmist launches issue 3 with The Antipoet, Chris Betts, Bobby Carroll and Andrew James Brown at The Social (8pm, £3).

At the Kings Place Festival, Henry Hitchings talks about the English and their manners (2pm, £4.50) and hear Artemis Cooper on Patrick Leigh Fermor's Broken Road (4pm, £4.50).

Adam Thirlwell hosts a conversation about translation between Julian Barnes, Ali Smith and Sandra Smith at the Royal Society of Literature (7pm, £8 / £5).

The Hampstead and Highgate Literary Festival continues: too many events to mention them all, but we've picked out Esther Walker, Maggie O'Farrell, Susie Orbach and Lisa Appignanesi, and Sophie Hannah, Sabine Durrant and Christopher Fowler (tickets from £7).

Laydeez Do Comics present Ginny and Penelope Skinner talking about their graphic novel, and Wallis Eates, at Foyles (6pm, free).

Lee Child has a new Jack Reacher thriller out; get copies signed at Waterstones Leadenhall Market from 1.30pm.

Celebrate Russian poetry and prose with The Cauldron, at the Hemingford Arms in Islington (7.30pm, £5).

The Hampstead and Highgate Literary Festival draws to a close, with choice events from John Harvey and Stella Duffy, Tracy Chevalier, Mark Billingham and Robert Ryan, and Artemis Cooper on Patrick Leigh Fermor (tickets from £7).

Historian David Kynaston talks about the birth of modern Britain, at the Southbank Centre (7pm, £8).

Dan Simpson hosts a head-to-head between poetry and stand up comedy, at the Comedy Cafe in Shoreditch (7.30pm, £8 / £7).

Find out about Chaucer and hear some Middle English verse from Graham Fawcett and Sue Aldred at Made in Greenwich (7pm, £10).

Judith Mackrell is talking about flappers at Drink, Shop, Do for the Pamflet Salon (7pm, £11).

Poets from Brighton and Barnes go head to head in Stanza Bonanza at the Poetry Cafe (7.30pm, free).

Your early warning klaxon for three events likely to sell out: Alexander McCall Smith at Daunt Books Marylebone on 8 October (7pm, £8); Douglas Coupland at the Shaw Theatre also on 8 October (7pm, £10 / £20 including copy of Worst. Person. Ever.); and Malcolm Gladwell at the Lyceum Theatre on 28 October (6.15pm, £8-£60).

Follow @LondonistLit for our pick of that day’s literary events.