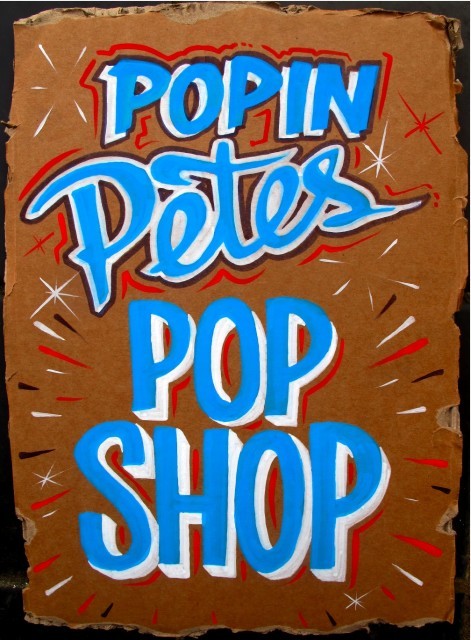 GIVE BLOOD: Today’s opportunity to donate blood is at The Hop Exchange on Southwark Street. Free, just turn up, see site for times and conditions

ART: Geoffrey Farmer presents The Surgeon and the Photographer, an exhibition consisting of hundreds of puppet-like figures constructed from book and magazine images, mounted onto fabric forms. Free, just turn up, until 28 July

SWINGING SPRING: Swing into a 50s floral fair tonight at the Royal Horticultural Society (RHS) London Spring Fair Late in the RHS Horticultural Halls. There will be live music, organic cocktails and free swing dancing lessons — as well as some beautiful spring flowers, of course. £5, prebook or just turn up, 6pm

ARCHITECTURE: Visionaries and Dreamers is an event hosted by the Royal Institute of British Architects with talks, events, film and workshops all about visionary architecture. Free, just turn up, 6pm

SLICED CADAVER: Could you cut up a dead body? Lindsey Fitzharris, speaking at St Bart’s Pathology Museum (which you can later explore), reveals how 19th Century medical students overcame their fears and revulsions, in a Museum of London event. £7, prebook, 7pm

POETRY: Out-Spoken, a monthly night of spoken-word poetry and live music, celebrates its first birthday tonight. There will be poetry performances, contemporary piano compositions, and the founders of the night will showcase their talents too. £10, prebook, 7.30pm

GEEK SHOWOFF: A cavalcade of geekery, as 10 geeks take to the stage at Geek Showoff, at the Black Heart, Camden Town. Topics include a sonic screwdriver for use with iPad, the works of Stephen King, people who fall in love with bannisters, and a dissection of Star Trek V: The Final Frontier. £5 donation, just turn up, 7pm

VIP GIG: For those of you with cash to splash (lucky you) and a penchant for exemplary guitar playing, Joe Bonamassa is performing an intimate, but pricey, gig at The Borderline tonight. £500 per ticket, prebook, 7.30pm

COMEDY: It’s a bit obvious to call a Canadian nice, but Mae Martin really is. She’s trying out new material for her Edinburgh 2013 show Hello Boys! at the Hen and Chickens. £7.50, prebook, 7.30pm

STORYTELLING: My Robot Heart is inspired by experiments about love using robots in Japan. Molly Naylor presents this beguiling storytelling show, with musical accompaniment by folksy duo, The Middle Ones. £10/£8, prebook, 8.30pm

Send any tips or suggestions for the following sections to matt@londonist.com.

Random London Fact of the Day
The RAC Club on Pall Mall contains many peculiar objects and stories. Its statue of Queen Victoria was unveiled by Kaiser Wilhelm II, whom we later went to war with. A rather splendid meal, eaten in reverse order, was held there in 1913 to mark the occasion of the first aerial loop-the-loop. And the famous spies Burgess and Maclean ate their last meals here before defecting to Moscow. All this we gleaned from the most excellent London Hidden Interiors.

Good Cause of the Day
Party for charity. This Friday, Stitch Project (celebrating its second birthday) is hosting a night of live music and DJs at Red Gallery in Shoreditch. What sets it apart from the countless other DJ events on a Friday night is that proceeds from the door and bar will go towards funding a reforestation project in Ethiopia, run by charity WeForest. They hope to raise enough from this one party to plant 10,000 trees. Get your tix here for less than a tenner.

London Weather
Despite being 50 million miles further from the sun, even the fricking surface of Mars is more pleasant than London right now. You can almost sense the smugness from NASA's Curiosity rover, currently living it up in Gale Crater with balmy daytime highs of 3ºC (London may reach 2ºC) and wind speeds of only 4.5mph (London 14mph). Curiosity enjoys similar daylight hours to us, but with only the most wispy of clouds. If you can find a way to breathe tenuous concentrations of carbon dioxide, then might we suggest, in the sage words of Arnold Schwarzenegger, that you "get your ass to Mars".