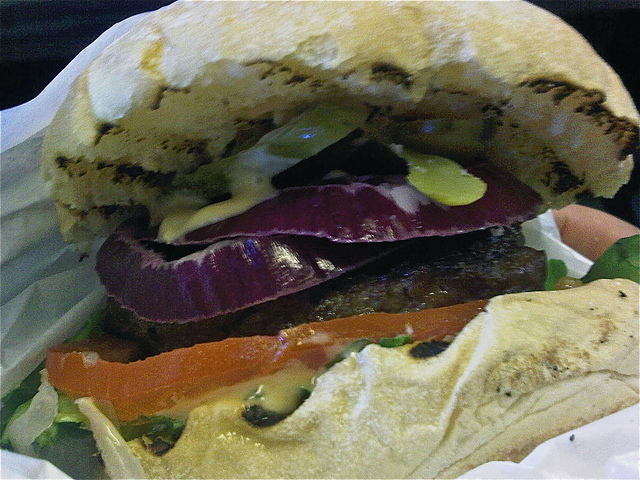 Last week's up market tuna burger was more than agreeable but left us hankering for a proper, more meaty burger. Our cravings were sated day's later while passing through the “Vaults” of London Bridge Station.

More noted for their sausages, which are by the way fabulous, this review is in praise of Banger Bros' five ounce, free range Hereford rump steak burger. Served at a much appreciated £4.95 with lettuce, tomato, onions, gherkins and their own special burger sauce (cheese or bacon 80p extra) on a perfectly respectable bap, the Banger Bros' burger hits the spot when time is short between commutes. In fact, it might just be among the best burgers in London and a tastier and juicier one than those served by a few other more celebrated meat mongers.