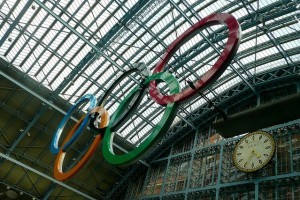 LOCOG has assured people trying to buy second round Olympics tickets that the website is working again, following problems this morning. But according to the London2012 Twitter account all that's left are boxing, cycling (mountain bike), football, volleyball, weightlifting and both freestyle and Greco-Roman wrestling.

We saw howls of anguish pouring through our Twitter timeline this morning as some people logged on at 6am, only to find the website struggling to cope. The Telegraph quotes some highly irritated people, relating their attempts to navigate the system only to find their tickets vanishing at the final hurdle. A spokesman for the Games described the delays as like holding people at the station gates when the tube platform is busy. We're sure it's a decent analogy, but it probably wasn't helpful to compare the system to something that regularly pisses Londoners off.

And now there's the wait for that confirmation email to see if you really have bagged those dream tickets for the athletics. Let us know in the comments how you've done. We promise not to egg your house in a fit of jealousy.