Foodie Competition For A Good Cause - Nom Nom Nom Is Back 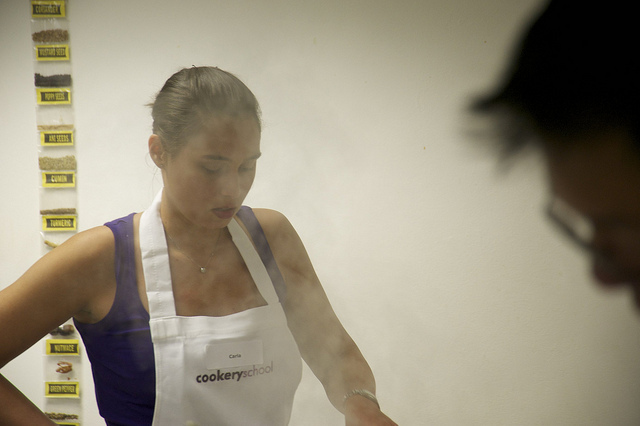 Now in its fourth year, Nom Nom Nom is a MasterChef style competition offering bloggers, food photographers and food writers an opportunity to compete against each other in a professional kitchen in London.

On Sunday 17 July, eight teams of two will shop around Marylebone for ingredients to make an office lunch for four. These lunches will then be judged by a panel of food pros, including Tom Pemberton - Head Chef and co-founder of Hereford Road restaurant, Susan Low - deputy Editor of Delicious Magazine, Julia Parsons founder of the UK Food Bloggers' Association (and one of the winners of Nom Nom Nom's very first contest in 2008) and Darryl Healy - Head Chef of Riding House Cafe.  Also, everyone can get involved in a Viewers' Choice vote.

As well as winning some amazing food and kitchen appliance prizes, the overall winners will have their food served for a week in Rosalind's Kitchen - a new take out cafe in Little Portland Street near Oxford Circus, giving West End office workers and shoppers can try out the winning lunch menus.

An online raffle will also give everyone the chance to win some fabulous prizes, with money raised going to Action Against Hunger.

To reach the finals and for full entry details visit Nom Nom Nom online and submit your menu by Thursday 30 June.