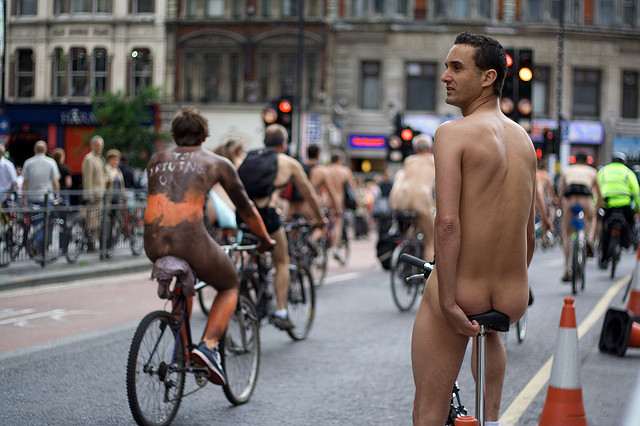 Expect plenty of jokes about purple helmets and keeping abreast of the Highway Code. Hundreds of nude cyclists will tour London on Saturday 11 June, the eighth time that World Naked Bike Ride has graced our streets.

The freewheelin' flesh-fest aims to raise awareness of the joys of cycling, the dangers still inherent, and to promote alternatives to car culture and oil dependence. We suspect that many people are also in it for the sheer novelty of pedalling around in the buff.

The route starts (3pm) and ends in the Hyde Park area, following a nine-mile course. You're encouraged to use body paints and attach campaign posters to your bike. Cycles will be available for hire, but there's no word on TfL's attitude to people riding Boris Bikes in their birthday suits.

The event is one of many in Team Green Britain Bike Week.