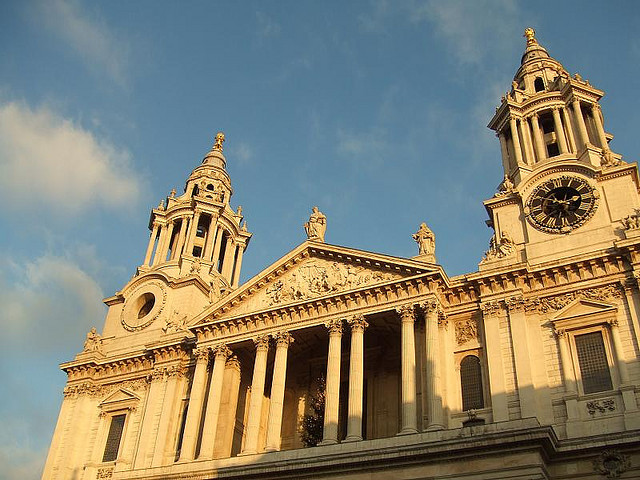 This post is produced in partnership with Walk London.

With the royal wedding still dominating the news, it seems apt to recommend the Jubilee Walkway, with all its regal connections, as this week's walk.

As its name suggests, the Jubilee Walkway dates back to the Queen's Silver Jubilee in 1977. The walk's signage (look out for the numerous discs embedded in the pavement) was refurbished for the 2002 Golden Jubilee, with the addition of a new section.

The route never leaves central London, so is perfect for those who want to dip in and out rather than travelling out to the suburbs. You'll pass by just about every famous central landmark along the five mini 'loops' that constitute the walk. Take your pick:

Western Loop
Ideal for first-time visitors to London, this section takes you through the heart of the West End, Westminster, the South Bank and The City. You'll pass key landmarks such as St Paul's, Trafalgar Square, Houses of Parliament and the London Eye. (6 miles)

Eastern Loop
Mirroring its Western counterpart, this section runs along the South Bank past London Bridge to Tower Bridge, then past the Tower itself and on into the City. You'll see fewer 'A list' landmarks, but the atmospheric streets of Southwark and ancient byways of the City are a treat in themselves. (5 miles)

Camden Loop
The newest section heads north, taking in the highlights of Bloomsbury and Holborn, home of the British Museum and University College London, and onetime haunt of the famous Bloomsbury Group of authors and artists. Despite its name, the section doesn't go as far as the markets of Camden Town, but focuses on the southern tip of the Borough of Camden. (3 miles)

Jubilee loop
Very much a royal affair, in part recapitulating the wedding route. Most of this section loops around St James Park, passing Buckingham Palace, Clarence House and St James Palace, as well as Horseguards Parade and the back of Downing Street. (1.67 miles)

Explore this and other walks over on Walk London.