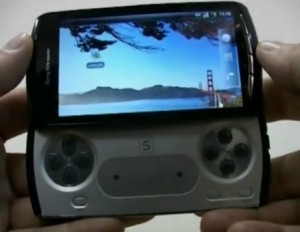 Fancy seeing a bit of cutting edge mobile/gaming technology in the flesh today? The Sony Ericsson Xperia PLAY is launched in the UK on 1st of April - provided it isn’t some incredibly elaborate April Fools prank - and they’re having a public hands-on session of the new device at The Old Sorting Office, 21-31 New Oxford Street, which is being transformed into an “enchanted gaming world” called the PLAY rooms. See what they did there?

Referred to in many circles as the “PlayStation Phone”, the Xperia PLAY is already a pretty impressive Android smartphone, but with the added bonus of being able to pull out a full gaming control set-up, doing away once and for all with the curse of a lot of mobile phone games; a fiddly touchscreen.

It also has the ability to download select classic games from the original PlayStation consoles library to play on the handset, as well as the already vast selection available on Google’s Android marketplace. If someone had told you when you were young, sat on your bedroom floor playing Resident Evil that one day you'd be able to play it when sat on the toilet, you'd have accused them of completely losing their mind.

Admission is free, and the PLAY rooms open their doors at 9am till 5pm.